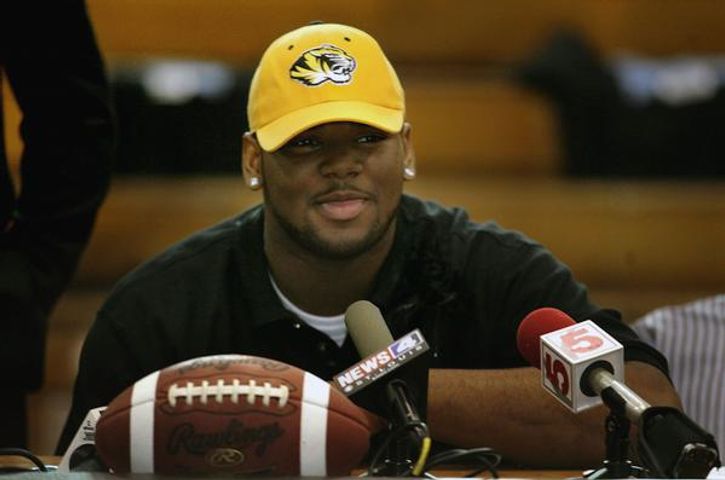 COLUMBIA - The answer to the question so many Tiger football fans have been asking...Yes, Sheldon Richardson will play for the Missouri Tigers. The NCAA has ruled Richardson academically eligible. His first practice with the team will be Thursday morning.

Richardson, a highly touted defensive lineman from Gateway Tech in St.Louis is a junior college transfer to Mizzou from College of the Sequoias in Califorina. Richardson will add depth to a Tiger defense that returns many key players from last year's unit that led the Big 12 in scoring defense allowing just about 16 points per game. The defensive line includes seniors Jacquies Smith, Domonique Hamilton and Terrell Resonno and junior Brad Madison. The linebacking corp includes Seniors Luke Lambert and Will Ebner and junior Zaviar Gooden.

"We just gotta focus a little better," Gooden said, "We kind of had some mental errors that hurt us down the stretch. It was really competitive. We were really close to getting the black ones. It was about one or two plays away. So we just have to regroup and go a little harder and cut down on a few mistakes. And I think we'll get it back."