Shelter temporarily closes as critics contend it has too many animals 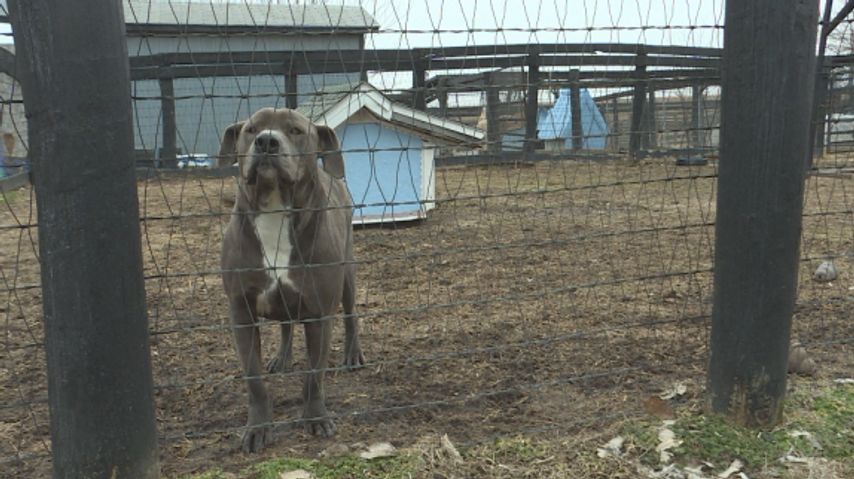 NEW BLOOMFIELD - Complaints about a Callaway animal shelter has created a divide between its owner and some animal advocates.

Inspection records from January show there are 61 adult dogs and 37 adult cats in the shelter.

More than a dozen protestors stood outside the shelter on Saturday. They felt the dogs were being mistreated, especially when wind chills plunged to 25 below zero.

Protestor Ruth Elledge said she toured the shelter a few years ago, and it led her to file a complaint with the Department of Agriculture.

"I saw some things that, to me, were dangerous," Elledge said. "It was all about safety to the animals. Raw edges of wire cages, bowls of food that could last 2-3 days at a time."

Six complaints were filed against the shelter in the past year. Tony Weldon shared this information via a post on the shelter's Facebook page Monday night.

In it, she also announced the shelter's temporary closing until Feb. 25. Weldon, who has cancer, will be having surgery between now and then.

She said the criticism has been exhausting.

Weldon admits the shelter has too many animals and not enough people to help. She said the shelter is doing the best it can under its circumstances, and she wants the public to know the animals were not hurt in the recent frigid weather.

"I thought the smartest thing to do was bring the animals into the stalls in the barn, but they were extra cold because they wouldn't huddle together," Weldon said. "We took care of it with extra straw, tarps, and we can honestly say no dogs suffered here. We had no problems."

Weldon said it's very hard to match animals with potential owners. She said she looks at applicant's history with animals and their living situation to determine if a dog would be right for a home. She said she admits some applications have "fallen through the cracks."

"We've lost a few good homes," Weldon said. "We're not perfect, there aren't a lot of us here, but we make mistakes. We do the best we can, but we don't strive to not adopt animals out."

KOMU 8 News obtained records of inspections from Oct. 2017 through Jan. 22. In the past, the Department of Ariculture found some animals that needed medical attention, expired medications, rodents and other issues that are followed until corrected.

Agriculture Department spokesperson Sami Jo Freeman said, when a shelter applies for a license, it will get an inspection. After the first time, inspectors can show up unannounced. Freeman said facilities that have repeat complaints and/or violations, like Callaway Hills, will have more inspections per year.

Elledge said she called the department to see if it had done an inspection after the brutal weather, but it had not.

Weldon said the rules of owning a shelter are very strict, but she said she follows them.

Elledge said she does not want the facility to close; she just wants there to be changes.

"Nobody wants bad things to happen, but what needs to happen is increased adoptions," Elledge said. "That's going to do nothing but improve their image which drives donations, and it starts with moving those animals out and into homes."