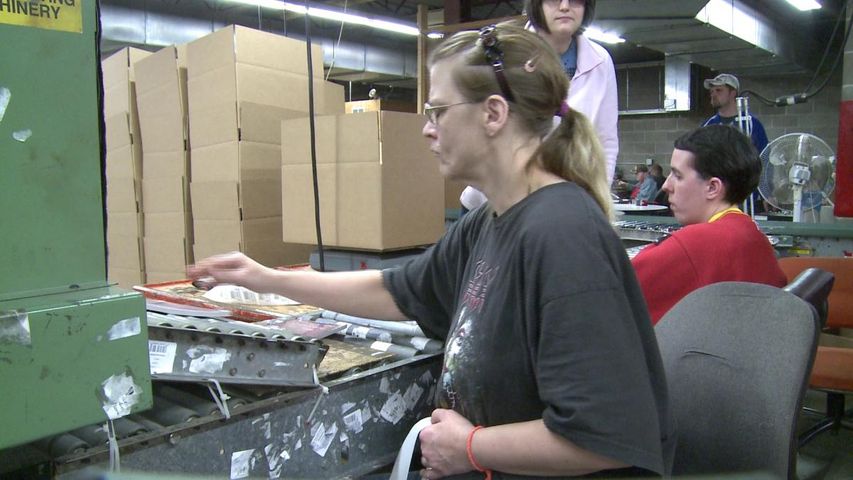 Unlike other state agencies, sheltered workshops do not receive direct appropriations. Instead, they are funded 19 dollars-a-day per diem for each employee. The per diem applies to a six-hour work day. But over the last few years, the state has paid only 18 dollars, resulting in a four-million reduction for sheltered workshops statewide. Wagner said Capital Projects lost roughly 20 percent of its state revenue in 2011. But despite the setback, the workshop was able to avoid layoffs by taking advantage of a reserve it had built up from better business years.

"We've been able to keep our employees here," manager Tami Bock said. "But we've had many days where we've just sat and had nothing to do."

The association met with lawmakers on Wednesday to persuade them to maintain current levels of support for workshops statewide.

"We have to teach the legislators what the workshop is because they really don't know necessarily what we are," Wagner said. "We try to get them to come to our shops and see what we do and the type of people we serve."

Representative Mike Bernskoetter, R-Cole County, says he understands the importance of sheltered workshops, but he's not sure if the state can provide them with more funding anytime soon.

"Because of the budget shortfalls we've had, we're just not getting the revenue in like we'd like," he said.