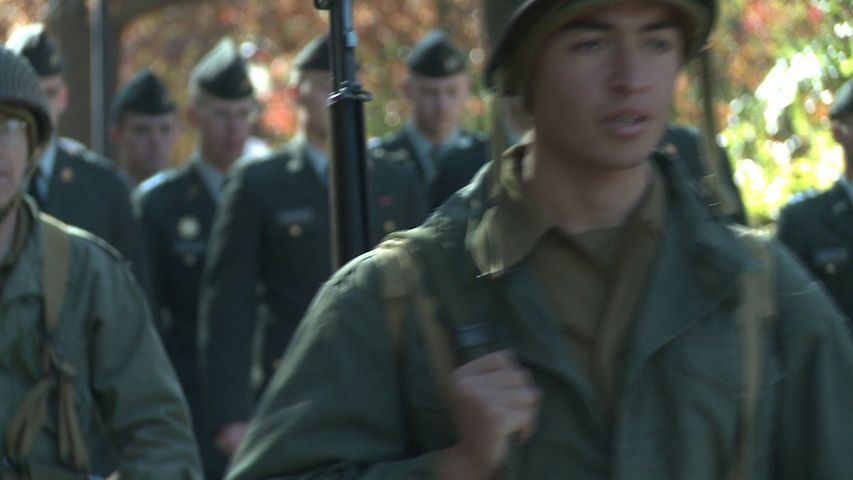 COLUMBIA - While Veterans Day is a time for many to remember the service and sacrifice of those in the armed forces, there are still veterans who are struggling to get by after returning home.

"It's hard. There's an adjustment period. You get back, but you don't have a job - most of the friends you made overseas, they don't live here, and the friends you had before you left are not really around like they used to be," said Brian Austin who returned home in 2008 after spending 10 years in the U.S. Navy.

Austin chose to go to college, and attended Truman State University for two years, before moving to the University of Missouri.

"College was the right choice for me. I needed something to do. And Mizzou is great with helping Vets," said Austin.

But for veterans who didn't go back to school, reaclimating to society was a little bit harder.

Anthony Thorn, who returned home in the early 1990s, said he loved coming home from war at first.

"There were big welcome home parties, everyone was so excited to see me. But then...that kind of all just stopped. And then it was like - 'what do I do now'?"

Thorn worked for a few years, and then the recession hit, and like the rest of America, he found it hard to make ends meet. Eventually, Thorn and his family lost their home.

"I don't know where I would be without the Harbor House - probably just out on the streets," said Thorn.

Unfortunately, the Harbor House is already at capacity, and it's not even their busiest season yet. But Major Mathews, regional director for the Salvation Army in Mid-Missouri, says he's not worried.

"We can get 12 more cots in this room alone. If they need a place to stay - we will get them a place to stay. We owe them that after what they have done for us," said Mathews.

The Salvation Army is just one outlet that reaches out to veterans. To learn more about the Salvation Army and the help they offer veterans year round you can call 573-443-3229 or visit its website.