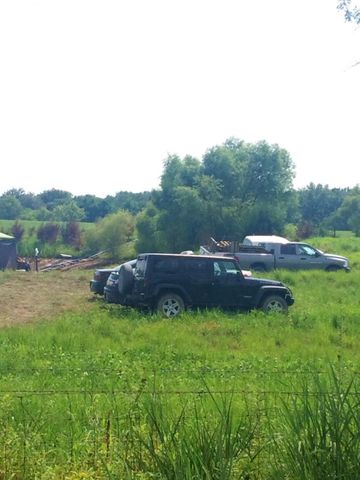 BOONE COUNTY - The Boone County Sheriff's Department confirmed Friday the draining of a pond near route J and EE is related to the homicide investigation of Charles Bell.

Officials brought in two more trucks of pallets Friday to support another hose to pump water out of the pond. The second hose was put into the water around 2 p.m.

Bell's family came to watch the deputies work and left around 5 p.m. Shortly after 6 p.m., deputies shut off the pumps and the pond appeared mostly drained. Deputies then started removing their waders and appeared to be packing up equipment. By 7:30, most people involved had left the site leaving only four unmarked trucks and a deputy at the scene.

Remaining crew members then started combing the eastern shallow portion of the pond with metal detectors. Deputies marked the area earlier in the day with several pink flags but were unable to confirm what those flags indicate.

Deputies did not say if their work at the pond is over or if it will continue into the weekend.

Authorities believe Bell traveled from Harrisburg to Columbia, and returned home on September 15, 2011, before being killed in his home.

Freeman and Curl appeared in Boone County court Friday. They appeared for initial arraignment and were charged with tampering with physical evidence and hindering prosecution.

[Editor's note: this story has been updated to include the latest information available in the investigation.]