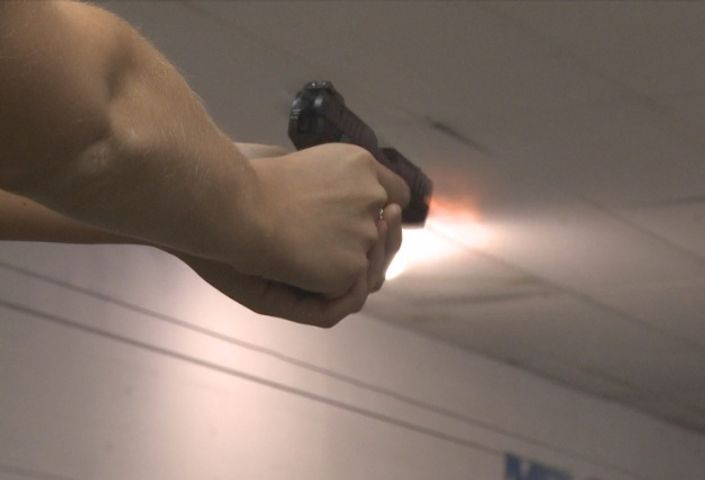 COLUMBIA - The Boone County Sheriff's Department is preparing for the new responsibilities of Missouri's Concealed Carry Law, which goes into effect Wednesday. Starting Wednesday, applicants who are issued a new or renewed concealed carry weapon (CCW) permit will no longer need to go to the Missouri Department of Revenue (DOR). Instead, sheriff's departments will issue permits.

"The reason the changes came about was the controversy of over the Department of Revenue having all of the badge information," said Major Tom Reddin of the Boone County Sheriff's Department. "The Legislature went through the process, apparently there was enough public input about this to make a change to that."

"It puts a little bit more work on the Sheriff's Departments," said Reddin. "But it also has more stringent control on what's closed record, when the information can be disseminated, and how and to whom."

Although Boone County deputies will have a little more work on their hands, Target Masters gun instructor Jim Hill is happy with the changes.

"You know, the five year permit, the Sheriff's Department taking care of all the issuance, that stuff is all fine," said Hill.

Along with the change of the Sheriff's Department's issuance of the CCW permit, Missouri residents will also see a couple changes in fees. In Boone County, permit fees will Include an increase of $5.00 for a new CCW permit: from $92.50 to $97.50. The increased fee is for ongoing equipment maintenance costs including the cost of purchasing ink cartridges and the cards on which the permits are printed.

The Boone County Sheriff's Department will also charge a $10.00 processing fee for changes on the CCW permit including: change of address, change of name, and for replacement of a lost or destroyed permit.

Read the full text of the CCW law (Senate Bill 75 of the 2013 legislative session).