Sheriff Speaks Out On Bustamante Outcome 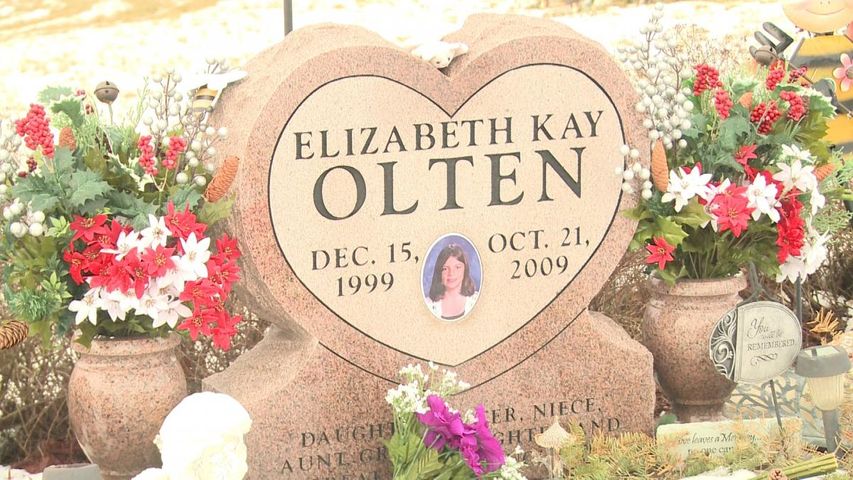 COLE COUNTY - In the week since a judge sentenced 18-year-old Alyssa Bustamante to life in prison for second-degree murder, the community of Cole County has reflected on the end of a two-year case.  The 2009 slaying of nine-year-old Elizabeth Olten, Bustamante's neighbor and murder victim, put the Cole County town of St. Martins into a state of panic--and into the national spotlight.

Cole County Sheriff Greg White spoke with KOMU exclusively Wednesday morning and discussed details of the case that he has been a part of since Olten first disappeared on Oct. 21, 2009.

"I think it was the best sentence we could hope for under the circumstances. I think the prosecution expert witness who talked about the science...I think was critical to the whole event. Everyone can have opinions, but sometimes we have to go back to what the science is saying. Prozac's been out there quite a while. Does everyone on Prozac commit murder? the answer is no. [Bustamante] made choices. She made choices that weren't good choices, and the end result was the death of a little girl," White said.

Community members also analyzed the outcome of the case.  Mid-Missouri resident Trinicia Coffert said, "I knew some people in Morgan County Jail with [Bustamante]. She was very upsetting to them. She wasn't sorry.  My friend said she would have liked to get ahold of her."

Liz Russell, owner of Xtreme Paintball (where authorities set up their search headquarters), said she is "relieved" the two years of court proceedings are over.  Russell said her daughter, who was a friend of Elizabeth Olten's, has been having a difficult time dealing with the emotions this case has rendered since Olten's murder.  Russell said, "We're keeping it 'hush hush' that "life" [in prison] isn't life."

Although Bustamante did receive a life sentence, this punishment equals only 30 years in the state of Missouri.  Although she will serve her additional 30-year sentence of armed criminal after she serves the life sentence, Bustamante could eligible for parole in less than 30 years.  She must serve 85% of her homicide sentence and at least three years of the armed criminal action sentence before this eligibility is possible.

"To do a homicide...to kill a child because you want to see the life go out of someone's eyes is a horrific event, and I'm not convinced that she ever needs to be out of prison," the sheriff said.

Russell said based on the outcome of the sentencing and Bustamante's parole probability, Olten's mother Patty Preiss does not think justice has been served.  Sheriff White said, "Am I concerned about her getting out? Yes."  Neither he nor Bustamante's lawyers could indicate what kind of psychological evaluations the girl would receive in prison.

Sheriff White reflected on the outcome of this case, which he said has brought comfort to neither side.  Of Bustamante's grandmother Karen Brooke--who had custody of Bustamante at the time of the murder and testified at the sentencing hearing--he said, "I believe her to be a good, caring individual. It wasn't her choice that this happened."

The sheriff acknowledged, as defense witnesses did in sentencing, that Bustamante's upbringing (prior to Brooke's guardianship) was volatile--Bustamante's mother Michelle's frequent abandonment of her children and constant drug and alcohol use.  But, he said, "It's still all about our individual choices. Not one of us has had a perfect upbringing. There was always something that wasn't right."

Going forward, the sheriff said the department will continue to place a high priority on missing children's cases.  However, he said, "We have to stop looking at homicide rates and look at violence cases."  He noted Bustamante's mental illnesses and acknowledged mental health in this country is at an all-time low.  He added, "Having worked in this venue and having pastored, we deal with a lot with the mentally ill. And we do what we can to remediate and move forward. I'm not sure it's sufficient, but we have to work with the tools we've got."

KOMU did attempt to contact a spokesperson for the Olten family, but calls were unreturned.  A neighbor said Preiss currently is out of town on a trip. Debbie Boldt, a friend of Bustamante's grandmother, said, "There's really nothing to say. Alyssa has been sentenced. The judicial system has spoken."

Bustamante currently is at the high-security women's prison in Vandalia, where she is undergoing diagnostic testing.