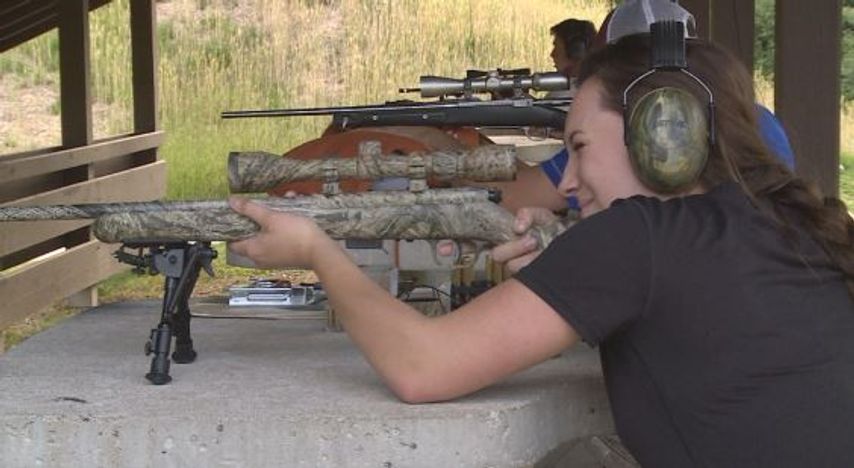 COLUMBIA - A new hobby is peaking the interest of women. The sport of shooting is beginning to see a shift as more females take up the sport.

Around 120 million Americans are gun owners and last year, 74 percent of gun purchasers were women, according to the National Shooting Sports Foundation.

These women aren't carrying their firearms as accessories - they intend to use them. Recreation and safety are the top two reasons for the growth in interest.

Mariah McWhirter is a young markswoman that says women should be welcomed onto the gun range.

"Women in the outdoors...its not a big deal when you see a girl out shooting guns, or fishing or going hunting and stuff," McWhirter said. "I go hunting by myself now. I just do it on my own, it's just not a big deal to everyone now."

Accompanying her stepfather on shooting excursions as a kid, Mariah says she has developed some skill with the trigger, loves competition and can hang with the boys.

Mariah visited the range with her boyfriend whom is equally skilled and competitive. When asked if any bets had been placed on who would outshoot the other she said "no, not yet. But we'll see how things go though. See if he can keep up with me."

Outdoor Skills Specialist Brian Flowers works for the Missouri Department of Conservation and said the department is there to be a resource for those that need instruction or want to strengthen their skills.

"More women have purchased firearms statistically the last few years so it's a new group that seems to be interested in shooting and the shooting sports," Flowers said. "One thing the Department of Conservation is focused on is doing that safely and responsibly so we want to get everyone out there, show them how much fun it can be in a recreational setting and teach the right way to do it."

The department offers a variety of programs that incorporate classroom instruction on safety and technique, followed by sessions for field practice with rifles, pistols and shotguns.

The Women's Basic Shooting Academy caters to women 18 and older and begins June 3. Class sessions are held through June and July.