Shop With a Cop Hits Record Number in Fulton 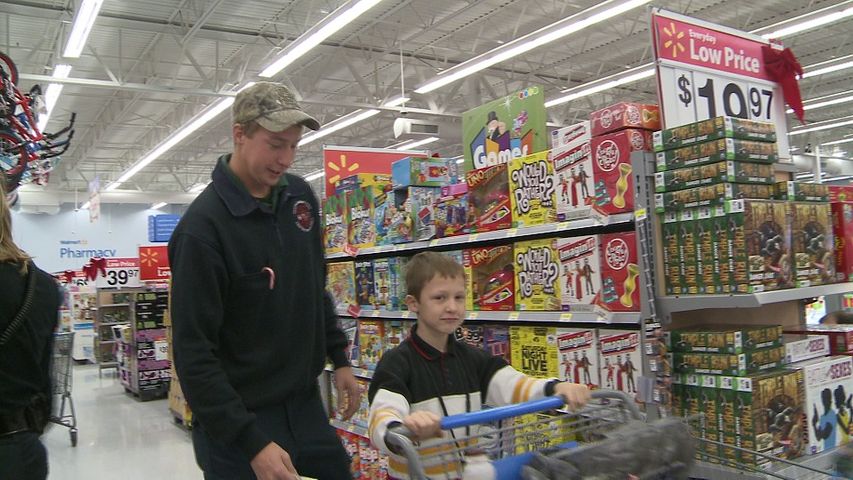 FULTON - A record amount of children flocked to Walmart on Saturday for the Shop With a Cop program, an event which has quadrupled in size since its inception seven years ago.

Sgt. Joe Schramm said 40 kids arrived early Saturday morning to peruse the store with officers by their sides. In its first year, 12 children participated-- but this year, the aisles were filled with officers and children picking out gifts for the holidays.

Every child received a $100 Walmart gift card and a Christmas stocking from Dollar General with other items.

And they wren't just spending the money recklessly.

"99 percent of them buy for Mom, Dad, a brother or sister," Schramm said. "They don't buy anything for themselves."