Shoppers Have Less Time to Buy Presents This Year 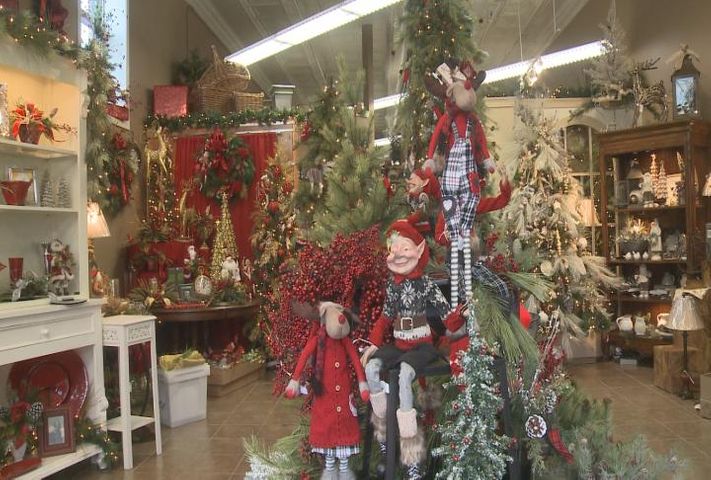 COLUMBIA - The 2013 holiday shopping season is shorter than usual because Thanksgiving falls late on the calendar this year.

It's the first time in a decade there are six fewer days between Black Friday and Christmas.

KOMU 8 News wanted to see how businesses and shoppers were preparing for fewer shopping days this year.

Sales have already started to pop up in many stores but shoppers realize the best deals will be found closer to Christmas.

Adobe Digital Index estimates predict Thanksgiving and Black Friday shopping will be on the rise in 2013.

The Columbia Mall plans to do a soft opening at 8 p.m. on Thanksgiving, which is earlier than last year, to accommodate the short time frame.

"We're hoping customers will realize they have almost a week less to shop and won't wait till the very last minute to shop," said Rusty Strodtman the general manager of the Columbia Mall.

Businesses in downtown Columbia manage to avoid the madness by keeping pretty regular hours despite the Black Friday craze.

"I don't think anything will get in the way of women's shopping," said shopper Samantha Chistian.

"I think people will act like it's just like every other year," said Envy employee Taylor O'Connor.

But there's one industry that will be affected more than others.

Allan's Flowers of Columbia said having six less days will put a strain on their holiday routine, but they're ready for the challenge.

The flower shop will decorate all of the Boone County National Banks, Boone Hospital and private homes this holiday season. One employee said because no one wants their decorations up before Thanksgiving, having fewer days will make things tight.

An employee at Allen's Flowers said they'll be able to get it all done, but having fewer days just means less sleep and more work.