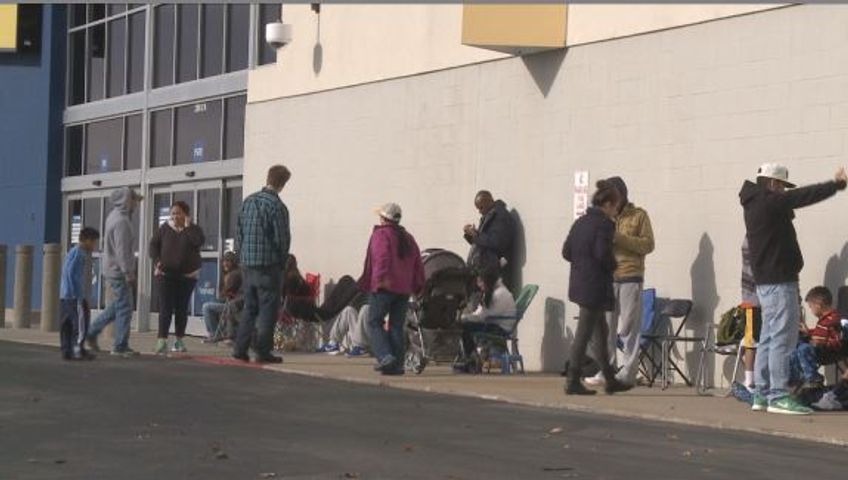 COLUMBIA - As people are preparing for their Thanksgiving feast, shoppers are planning to get the best deals for Black Friday. Many stores are again starting Black Friday sales early on Thursday this year.

KOMU 8 talked to shoppers at Walmart and Best Buy about their plans for Thanksgiving.

Columbia residents Laura Cohen-Herzog and Richard Warner said they plan to stay in and cook dinner with the kids and avoid the Black Friday crowd.

"Shopping is not really that important. Black Friday is just kind of crazy. Too many people, too much hassle," Warner said.

But other shoppers were looking forward to this year's deals and didn't want to miss out. Xinzhou Liu, a student from MU, said he plans to go shopping Thursday night for presents because he will go home to China over winter break.

"I will leave for home next Monday, and online shopping is not very quick," he said. "But I've heard that the line [for Black Friday] is crazy. So, I just wanted to check that out."

Kasi Iuediaiaju and his friend were the first people in Best Buy's line Thursday morning. They were in front of the electronic store since 4:00 a.m.

"That's good [being the first people], because we can get whatever we want," he said. "I don't do this every year, this is the first time. I want to buy a TV."

First time Black Friday shopper Kyle Cason will also miss out on Thanksgiving dinner, since he has been in line since 6:00 a.m. His game plan is to grab a TV and a tablet.

"It's the first time going out. That's the best deal I've seen in a while so, I figure I'd come out here and try it," he said.

Here's a list of stores in Columbia and their hours for Thanksgiving:

A number of stores are also closed Thursday. Some of them are Staples, PetSmart, Barnes and Noble, Jo-Ann Fabrics and Crafts, Johnston Paint and Decorating, and Party City.