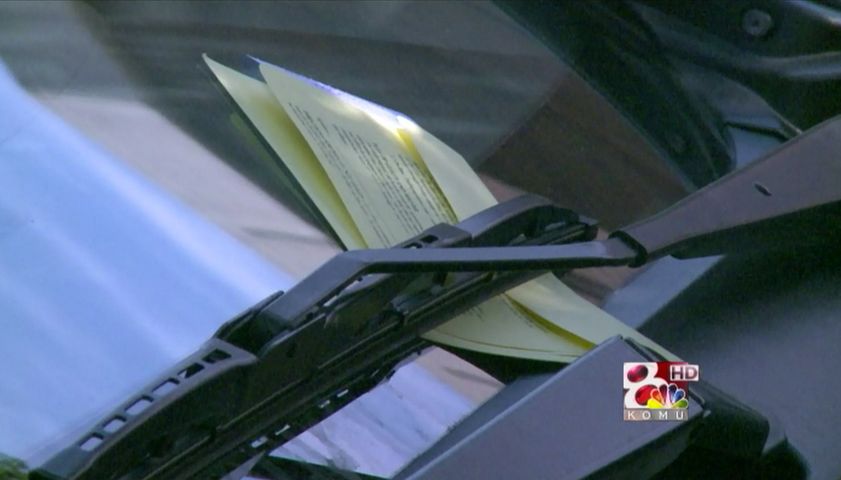 COLUMBIA - The 5th and Walnut parking garage in downtown Columbia remains mostly empty, putting a financial strain on the city's parking utility. At the same time, Columbia plans on building another parking garage six blocks away at Short Street. The city says that garage will cost about $12 million--not including interest.

"The math is very simple," Mayor Bob McDavid said. "With the cost of the 5th and Walnut garage, we can't build the Short street garage without a substantial increase in parking meter rates. The money is not there."

To make up the difference, the city is considering raising meter rates and extending parking enforcement hours. At the same time, it's writing off thousands owed the city over construction delays on the 5th and Walnut garage.

The city waved $55,000 in late fees from Graham Construction for finishing the 5th and Walnut parking garage behind schedule. That's almost twice the total amount taken in for all parking tickets written in one month--in this case, April 2010. John Glascock, Director of Public Works waived more than half the fees the city contract called for, giving Graham a bill for $49,000 instead of the nearly $105,000 the city's contract called for.

"We track the days they couldn't work and that's what those come out to, granted it was a very wet year," Glascock said. "You know it's above normal. We have to take those into consideration when we file out the project."

The same day the garage officially opened--seven months late--city parking fines doubled. The city is now making more per ticket and giving out hundreds of more tickets each month. During April 2010 the city gave just fewer than 6,000 tickets, totaling $31,000. The same month this year, the city gave almost 1,400 more tickets totaling $76,000 in fines.

Currently hourly parking in a garage costs 60 cents per hour while parking on the street costs only 30 cents. To encourage people to use the garages the city proposes increasing on-street parking fees. It is something council members will look into at their June 6th meeting.

The proposed Short street garage will be in addition to the recently opened 5th and Walnut garage which won't be paid in full until 2034.