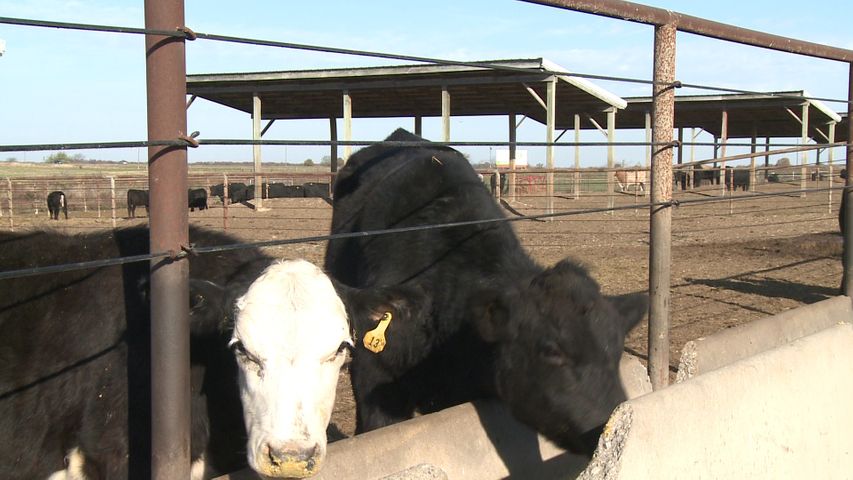 COLUMBIA - Missouri and several other states across the country are combating a shortage of veterinarians who are qualified to treat large animals.

The shortage is particularly concerning in states like Missouri because of the abundance of rural communities. When there are not enough veterinarians to deal with large animals in rural areas, treatment can become much more difficult.

"If veterinarians have to travel longer distances, there is a lag time that in some cases could be detrimental," said MU Dean of the College of Veterinary Medicine Dr. Carolyn Henry.

According to Henry, the shortage also raises some serious health concerns.

"Veterinarians are really, along with farmers, are that first line of defense if there is a disease outbreak," Henry said. "If you hear of some of the diseases that can shut down an industry, you know Mad Cow Disease is one everyone thinks about from the past, but if we're not recognizing those early then that increases the chances that it will become a problem that is big enough to really affect the food supply."

The dean said there are a number of steps that can be taken to solve the issue, but simply admitting more students is not the solution. The College of Veterinary Medicine received around 1,200 applications last year for only 120 available spots.

"There is plenty of interest," she said. "We don't want to sacrifice quality of education just for putting out more students."

Henry said exposing students to all areas of veterinary medicine is important though, something the college already works hard to do.

"I think as veterinary debt load goes up, that's going to become really a major driver of whether you get the loan repayment or not."

"There is one program in the state of Missouri where up to six students can receive $20,000 a year in loan repayment for up to four years if they commit to going into rural practice," she said. Those kind of things will incentivize more our young graduates to go to those rural areas initially."

She said she hopes such programs will make rural veterinary jobs more attractive in the future and decrease the shortage.