Shots fired at intersection of Godas Drive and Pinehurst Lane 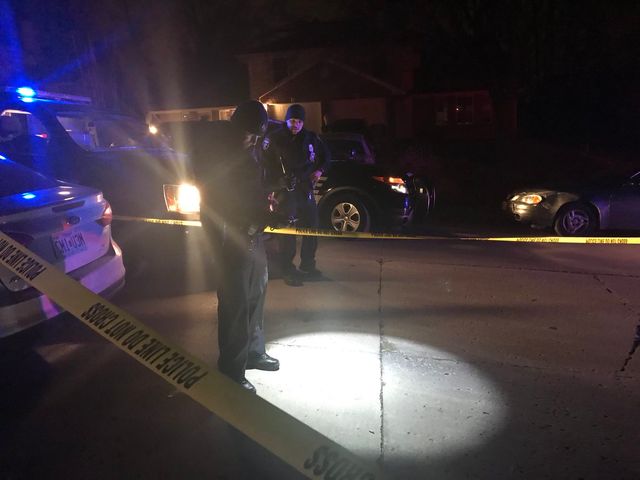 COLUMBIA - Police converged on a north Columbia neighborhood Tuesday night after reports of shots fired at the intersection of Pinehurst Lane and Godas Drive.

No one was reported hurt and no holes were found in nearby homes. Sgt. Richard Horrell said anyone who was injured most likely drove away. He said the shots fired happened fast and cars drove off in different directions after.

Officers told KOMU 8 they asked neighbors what they heard or saw.

One neighbor told KOMU 8 she heard about eight gun shots.

"I was just sitting there and thinking, are those gunshots? Are they fireworks? Then I realized they're actually gunshots," Theresa Campbell, who lives right by the intersection, said. "Shortly after the last gunshot, I heard a vehicle rev up their engine and drive away."

Campbell said she and her grandparents have lived at the house near the intersection of Pinehurst and Godas for 17 years.

Police said they do not have a confirmed suspect yet, but they got details of car descriptions and what direction the vehicles headed after the shots fired.

Six officers found between 10 and 20 shell casings all over the intersection, and it looked like two weapons were involved, he said.