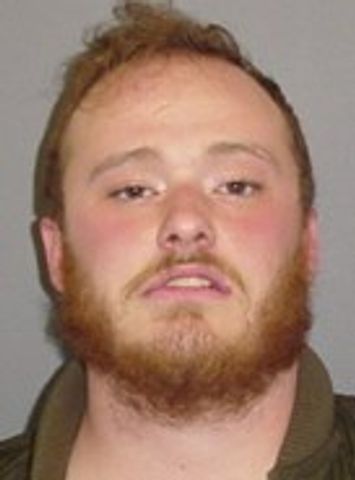 FULTON - The Fulton Police Department has arrested a man after shots were fired through a local business early Thursday morning.

Officers arrested Joseph Wayne Mitchell on suspicion of unlawful use of a weapon, first degree property damage, assault on law enforcement and possession of marijuana.

Multiple bullets broke through a large glass window at the front of Fulton Graphics on Nichols Street around 1:30 a.m.

No one was inside the building, but the shots left bullet holes through the interior wall and knocked over some merchandise.

Graphics Owner Toni Klick said she came to her business a couple hours later after being woken up by a phone call from the police.

"There were shards of glass everywhere, and little bit of dry wall was hit," said Klick.

She said while there are minor damages to the building, she considers herself lucky.

"I'm extremely thankful, especially since it happened in the middle of the night," Klick said. "We weren't here and we didn't have any customers here. All this damage can be replaced. No one was hurt. That's the main thing."

This is the second time Mitchell has been arrested in the last four months.

He was also arrested in December, and was charged with property damage and marijuana possession for the incident.

He was being held in the Callaway County Jail on $25,500 bond for his Thursday arrest.