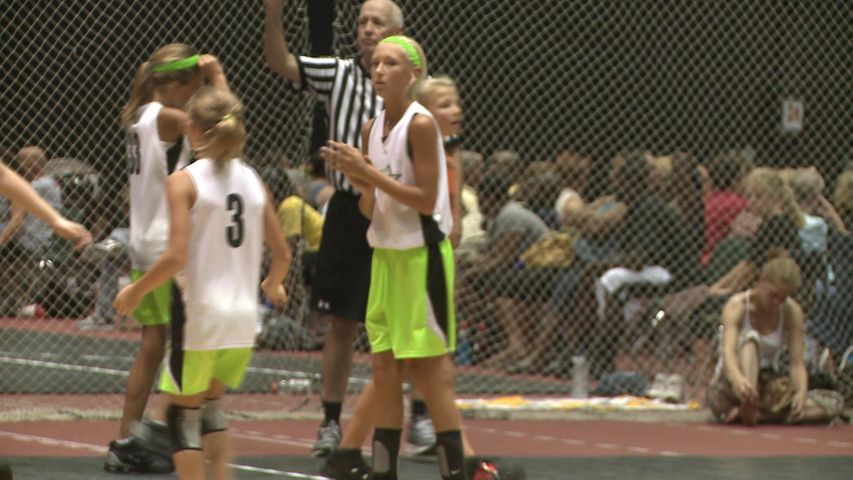 COLUMBIA - Tens of thousands of athletes competed in the Show-Me State Games, but one athlete won a small victory Sunday morning.

"He asked me, our team, who was the best three-point shooter, and they chose me," Thurmon said.

Thurmon made the basket. Nixon missed it.

"I beat him," Thurmon said.

Gov. Nixon, a former Show-Me State Games athlete, went to the games for a ceremonial tip-off and meet-and-greet with the athletes.

"Seeing these excellent young women and young men playing is a real inspiration for everyone to get off the couch, get outside, and stay active," Nixon said.

The Show-Me State Games have gotten thousands of people off the couch, outside, and more active for the past 27 years.

The games are over for the weekend, but they'll pick up again for the conclusion on July 21 through July 31.