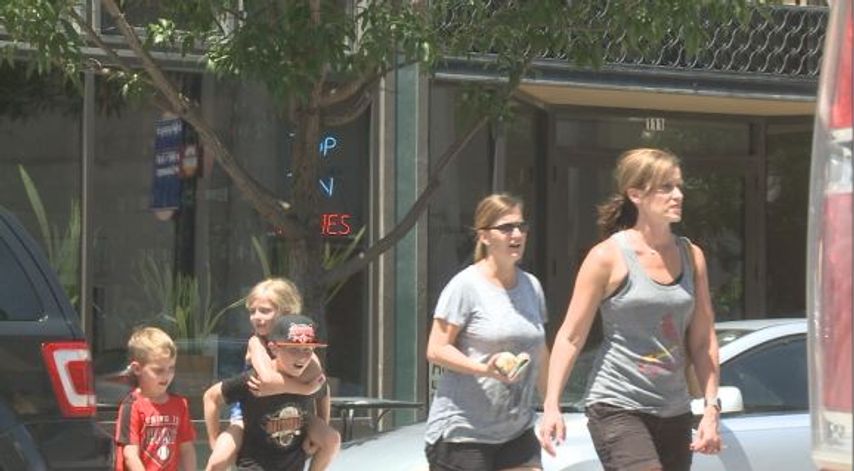 COLUMBIA — Out-of-towners from across the state are boosting sales for local businesses and restaurants downtown this weekend.

The 32nd annual Show-Me State Games officially kicked off Friday. The largest state games in the nation feature more than 40 sporting competitions and special events for Missourians of all ages and athletic abilities.

The economic impact the games have on the city is noticeable, according to some local business owners.

Michael Urban, the owner of Harold's Donuts, said business has been a lot busier this weekend than it usually is this time of year.

"We've had a lot of people come in this morning a little bit more than a usual Saturday, and you can kind of tell that we have a lot of new customers, people from all over the state," he said.

This is Harold's Donuts' second summer in its downtown location. Urban said he made more donuts than usual in anticipation for the influx of business this weekend.

"We had a little bit of an uptake last year too," Urban said. "The second year is much better in terms of forecasting what you need to do. A lot more people were downtown this time than in 2015."

She said, "Well it definitely gets much busier, we see a lot more people come in, so for us, you know it's nice, because we have some sales that were unexpected for that weekend. I think it brings thousands of people into town."

Megan McConachie, the marketing and communications manager at the Convention and Visitor's Bureau, said the Show-Me State Games qualify for special funding under the Tourism Development Fund, due to its significant impact on Columbia's tourism economy.

"The Signature Series are events that have in the past applied for festivals and events funding," McConachie said. They're so important to Columbia’s tourism product that we've moved them into their own separate fund, so that we can fund them year after year and it’s easier for them to reapply."

The Show-Me-State Games continue though the weekend of July 29 - July 31.