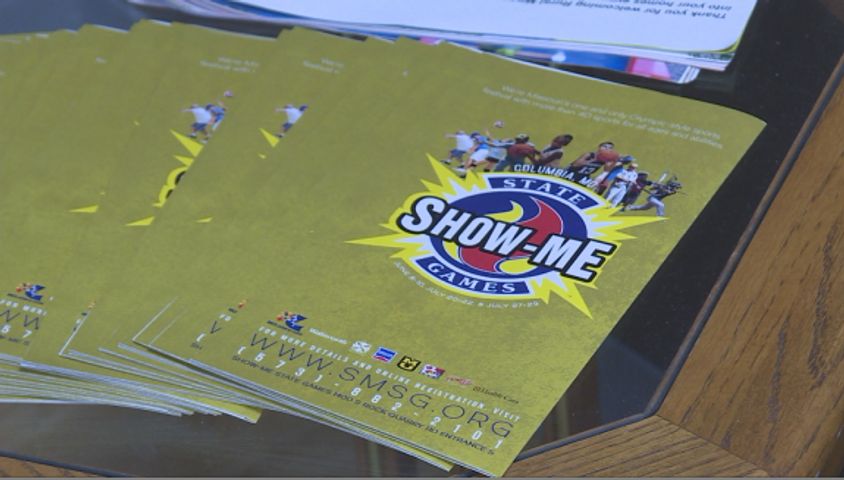 COLUMBIA - The 2018 Show-Me State Games kick off Friday, bringing thousands of athletes, coaches and fans from around the state and the country.

Athletes can participate in more than 40 sports July 20-22 and July 27-29 at various locations in Columbia.

"Out of 114 counties in Missouri, we have athletes come from 112, so it really is representative of the state. We have people coming from all four corners," marketing coordinator for the Show-Me State Games Emily Lorence said.

Megan McConachie with the Columbia Convention & Visitors Bureau said the games bring more than $10 million to the city of Columbia.

"There's a direct economic impact, which is such an important part of tourism. That plays a huge role," McConachie said.

McConachie said you might want to plan a little extra time to get where you need to go this weekend.

"Don't be surprised if the wait at your favorite restaurant is a little bit longer, and just be accommodating and welcoming to all of our visitors," she said. "Thankfully, Columbia is pretty well-versed in hosting large crowds."

Along with staying in Columbia hotels, visitors also eat in restaurants, shop in stores and fill up their cars with gas.

The games use facilities throughout the community including the Hearnes Center, the University of Missouri Recreation Center, Hickman High School and Cosmo Park.

"The Show Me State Games’ mission is to promote health, fitness, family and fun, so those four areas we really emphasize. We want people to come out, take part and participate in a healthy activity," Lorence said.

McConachie said Columbia is the perfect city to hold the games in because of many people who have active lifestyles.

"Columbia is such an active community so this really aligns with that closely and with all our facilities, all our parks, this is really such a perfect place for the Show-Me State Games and we appreciate everything they bring to our community," McConachie said.

The opening ceremonies for the games are at 7 p.m. on Friday at Mizzou Arena. Drew Lock, Sophie Cunningham, Rylee Pierce, Kevin Puryear and Miss Missouri will be there signing autographs.

Caitlyn Sass, a cheerleader for team Explosion, said Explosion is excited for the games.

"I'm expecting to see some really good teams. I know that it's going to be pretty intense," Sass said.

Spectators get into all of the events at the games both this weekend and next weekend for free.