Sinkholes and earthquakes not covered by homeowners insurance 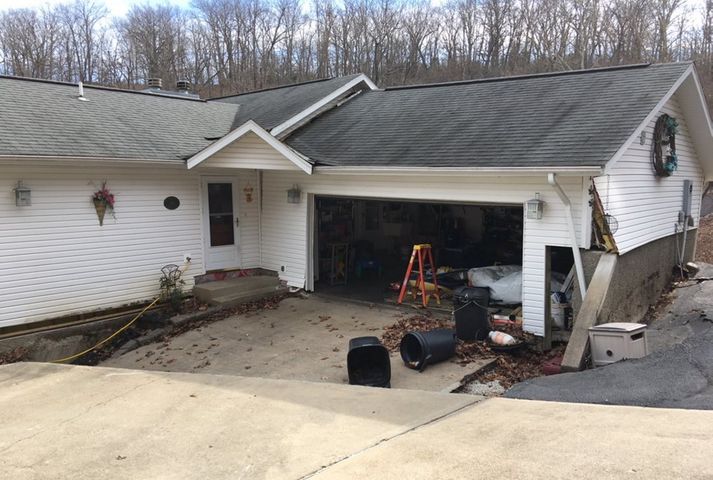 JEFFERSON CITY - Homeowners in Missouri do not receive automatic insurance coverage on damages from earthquakes, floods, sinkholes and landslides. Larry Case, Missouri Association of Insurance Agents executive vice president, said these things can be covered on "endorsement" at an additional cost.

According to the Missouri Department of Insurance, financial institutions and Professional Registration's (DIFP) Homeowners Insurance guide, damages from flooding, earthquakes and sewer and drain backup are not covered in the state of Missouri. However, it does cover fire and smoke, windstorm and hail, lightning, vandalism and theft, weight of ice, snow, or sleet and damage from a car.

Case said insurance companies offer automatic coverage on sinkholes, but not to homeowners.

"It's kind of funny that sinkholes are an automatic coverage on commercial insurance policies, but not on homeowners insurance," Case said.

According to Missouri Department of Natural Resources's website, the Geological Survey Program has verified 15,981 sinkholes in Missouri.

Dan Britton, Versailles resident, said he lives near Jacob's Cave and has 2 sinkholes. Britton said he worries about his insurance coverage if these sinkholes open up.

"If there was major structural damage, I would need to cover this out of my own pocket," Britton said.

Case said the Missouri Association of Insurance Agents has tried working with the legislature and insurance companies to make earthquake and sinkhole coverage more available and affordable to homeowners.

"We think there needs to be a reasonable solution here," Case said.

According to Missouri DIFP's website, Missouri is the third largest market for earthquake insurance among the states, exceeded only by California and Washington.

The Missouri DIFP said the state’s earthquake coverage pays for damage caused by the shaking and cracking that can damage homes. Other damage indirectly caused by earthquakes may be covered by other insurance.

The agency said earthquake insurance usually features two high deductibles: it's a percentage of the cost of rebuilding the home and a separate deductible for the home's contents. Deductibles of 10-15 percent are common.

"It's pretty worthless because of the high deductible on it, and most people don't really understand that the deductible on earthquake insurance isn't the same as their home insurance," Britton said.

Chris Cline, the Missouri DIFP director of communications, said the department encourages Missourians to contact their insurance agents to discuss what coverages are right for them.

The Missouri Department of Insurance offered guidance to Missourians impacted by the late-December severe weather in a recent press release.

Consumers who have questions or concerns about their insurance coverage can also contact the department's Insurance Consumer Hotline at 800-726-7390 or visit insurance.mo.gov.