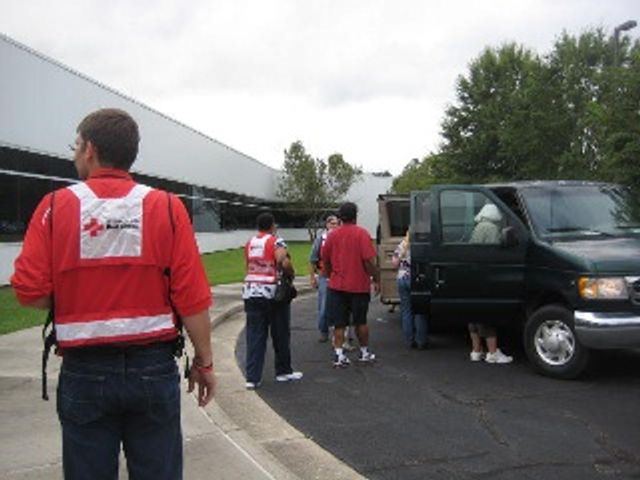 JEFFERSON CITY - Six mid-Missouri residents arrived in Tallahassee, FL Tuesday to get ready for Hurricane Isaac. They are part of the 24,000 The American Red Cross has stationed in Florida, Alabama, Mississippi, Louisiana and Texas.

John Matthews of Mexico, MO is one of two ambulance drivers from the mid-Missouri area stationed in Florida.  He has volunteered for multiple hurricane relief efforts but has never been deployed as a truck driver.

"I am honored that I get to do this job and represent the mid-Missouri area," said Matthews.  "We are waiting right now to see where we are needed."

Dave Griffith, the Executive Director of the American Red Cross Heart of Missouri Chapter, said all the volunteers are appreciated.

"None of them are paid.  We pay for their food and hotels and things, but they are just doing it to help," said Griffith.  "And we have more lined up now to help if we need them."

Matthews plans to help for the next three weeks.  He said he is not worried for his own sake, he just wants to help others.

"We want to just get out there and help people," he said.

Hurricane Isaac was declared a Category 1 Tuesday morning.  It is expected to hit the Gulf Tuesday night or Wednesday morning.