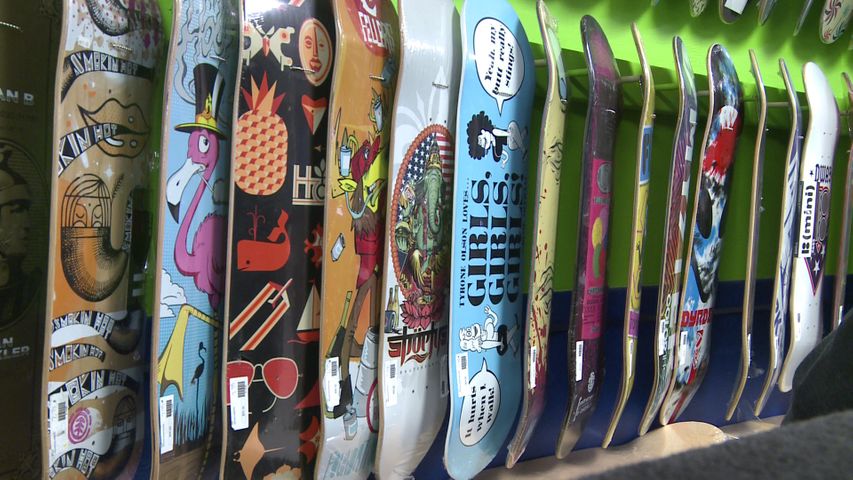 COLUMBIA - Skateboard shop owner, Chris Bailey, said Wednesday he has received a significant amount of support backing the proposed ordinance that could allow skateboarding and roller skating downtown. The local business owner said his work behind the movement began after discovering how much federal grant money Columbia was spending on non-motorist transportation such as cycling and walking, around $22 million. Bailey said skateboarding and roller blading are both sustainable transportation options. He added that he's received support from the Mayor's physical fitness group, PED NET, and a local environmental group.

"I'm trying to get skateboarding to have the same rights and responsabilites cyclists have as healthy enviornmental sources of transportation in Columbia, Missouri." Bailey stated.

City Council member Fred Schmidt said he is in favor of the ordinance because it could decrease legislation. Schmidt explained if skaters were allowed downtown as cyclists are, both communities could follow the same set of rules.

"This will be less government and it'll be something that brings us in line with the kind of population that we have in this town. We have a lot of students, we have a lot of people interested in alternative transportation."

"The modern reality is that its really and adult thing as well that people skateboard to work or to school and people rollerblade." Schmidt said Wednesday.

This would eliminate the  ticketing and fine rules and regulations that currently apply to skateboarders who pass through the area. Schmidt also said he is aware those opposed to the issue may be concerned about large groups of young people congregating on downtown streets and sidewalks. The council member pointed out many adults use skateboards, long boards and roller skates as an alternative and green mode of transportation to work and school each day.

Schmidt said Wednesday he hopes the ordinance will be ready for review at the November 7 meeting.