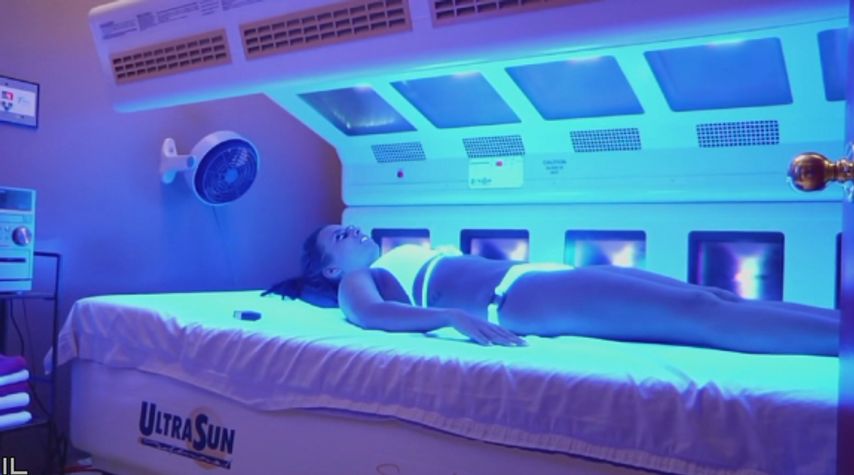 JEFFERSON CITY - Missouri teens are twice as likely to use tanning beds than the average American teen according to the American Cancer Society. This statistic comes at a time when the rate of melanoma has nearly doubled in the last nine years.

These are only a few of the statistics Rep. Nick Schroer (R-O'Fallon) mentioned Wednesday while testifying for House Bill 1260. This house bill would prohibit anyone under the age of 18 from using tanning beds. Currently, Missouri allows people under 18 to tan with parental consent.

"I don't understand why anybody would not be in favor of this. You know, just to protect our children who know no better," mother of three Emily Messerli said.

Messerli's husband Kelly Messerli passed away in 2013 after a mole was diagnosed as stage four cancer melanoma.

"He did utilize tanning beds," Messerli said. "As we were growing up, that was socially acceptable. It's what we did," she said.

Messerli said she's reached avid tanners and people who never had the chance to get their skin looked at by a dermatologist.

KOMU 8 News spoke with Dr. John DeSpain, a dermatologist in Columbia, who fully supports the bill as well.

"There's just no health benefits whatsoever to using a tanning bed. For one thing, it's a cosmetic appearance issue. it's not something that's done for health," DeSpain said.

DeSpain said the tanning industry reports that it is good for people to create vitamin D in the tanning bed.

"The tanning bed actually puts out a UV-A, which doesn't do anything to promote vitamin D synthesis," he said.

Joseph Levy represented the American Suntanning Association at the hearing Wednesday. He said the bill takes away a parent's right to make a decision about a family member's use of a sun bed.

"The unintended consequence of the bill would just drive those who want to use sun beds into underground locations where there is no trained operator, so sunburn would actually increase if this bill is passed," Levy said.

Levy argued that tanning salons promote sunburn prevention and educate their clients on proper use of tanning beds. He said the American Suntanning Association has created material to help train staff to use equipment correctly and ensure a no-burn tanning session.

This was just one of the initial hearings on House Bill 1260. The bill has made no movement as of now.