Sky to offer delights for stargazers this weekend 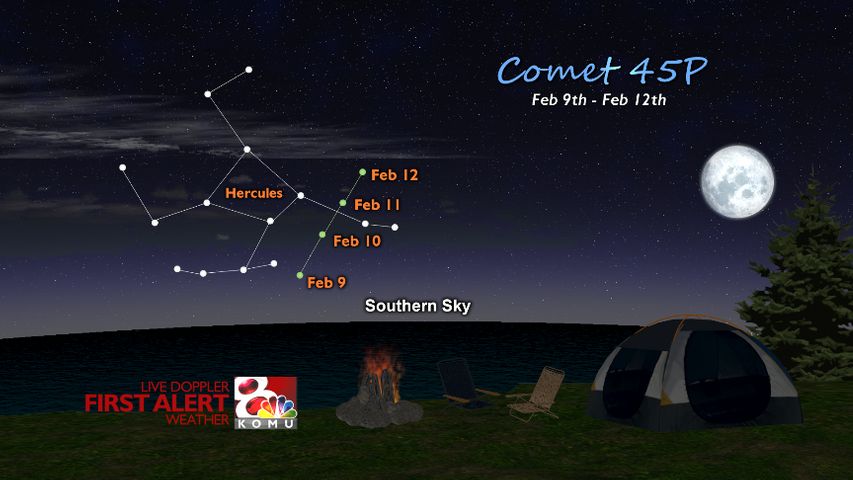 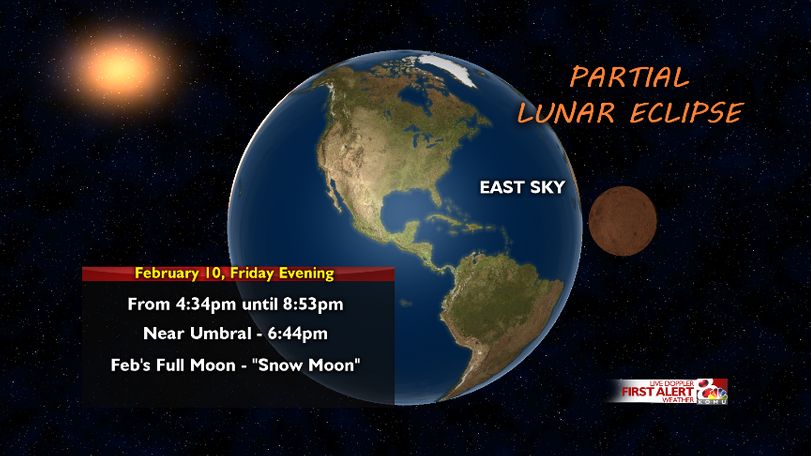 COLUMBIA - A partial lunar eclipse will be visible in the eastern sky Friday evening with best viewing times just after sunset.

This full moon is also refered to as a "snow moon", because Naitive Americans usually reported large snowfalls around the time of this moon.

A passing comet will also be visible in the southern by telescope this weekend. From February 9th through 12th, Comet 45P/Honda–Mrkos–Pajdušáková can be seen passing through the Hercules constellation.

The comet may be difficult to view due to a full moon during its passage, but can be seen as a greenish orb in a clear night sky. The comet will be missing its iconic tail due to its motion away from the Sun.