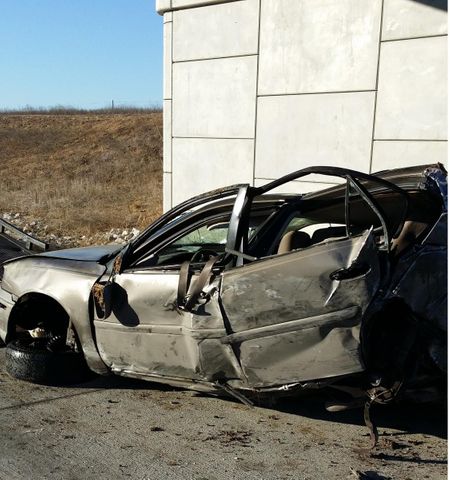 BOONE COUNTY - One woman was sent to the hospital Friday morning after her car rolled over on Highway 63 South near the intersection of Route H.

The Missouri Highway Patrol and Southern Boone County Fire Protection District responded with multiple units to the scene. The highway patrol said black ice and frost caused the car to slide off the highway and hit a pillar of the overpass, then roll. The woman driving the vehicle sustained serious, but non life-threatening injuries.

When troopers arrived to the scene, another car slid off the roadway and hit a highway patrol car, causing minor damage. No one was injured in the second accident.

Highway 63 southbound was closed for part of the morning.