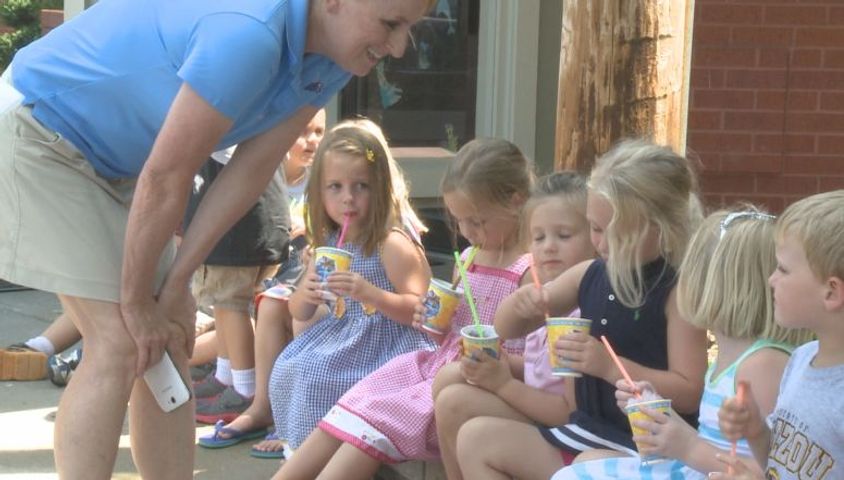 COLUMBIA - When Chris and Cathy Cook are in their truck and not serving shaved ice, they're tweeting or taking pictures for social media.

The couple owns the Columbia franchise for Kona Ice, which Entrepreneur Magazine recently voted the number one new franchise in the United States.

Chris Cook said he was debating just months ago what kind of business he would want to start in Columbia.

"I originally was thinking of opening up a bar," Chris Cook said. "Then I saw an ad pop up with the Kona Ice truck. I just compared apples to apples and we chose the Kona Ice franchise."

It's a decision he said he does not regret. The couple has been operating the truck for only seven weeks, and are already looking for ways they can expand.

"We just added a new cart, we call it 'The Mini,' a few weeks ago that we can take into buildings," Chris Cook said. "But we haven't even had a chance to get out of Columbia yet. We've been wanting to bring the truck all around mid-Missouri."

The Cooks said they attended a "Kona Ice College" where they learned the ins and outs of how to promote the business.

"They say enjoy the ride and drive the truck at least four hours a day and that is a promotion all in itself," Chris Cook said.

"We do a lot of festivals and events but, in between that, we will go into neighborhoods and talk with people. Cathy will ask, 'hey, can I take your picture?' People get really excited and we'll tell them to visit our Facebook page and then that's how they'll know that we're coming back."

"We found out about them through the social network," said Carla Tigue, the operator of the child care center. "One of our teachers saw them and we just pulled them up on their website. I'm very surprised that they've only been here a month, and now I see Kona Ice everywhere."