Small Columbia businesses help each other on Black Friday 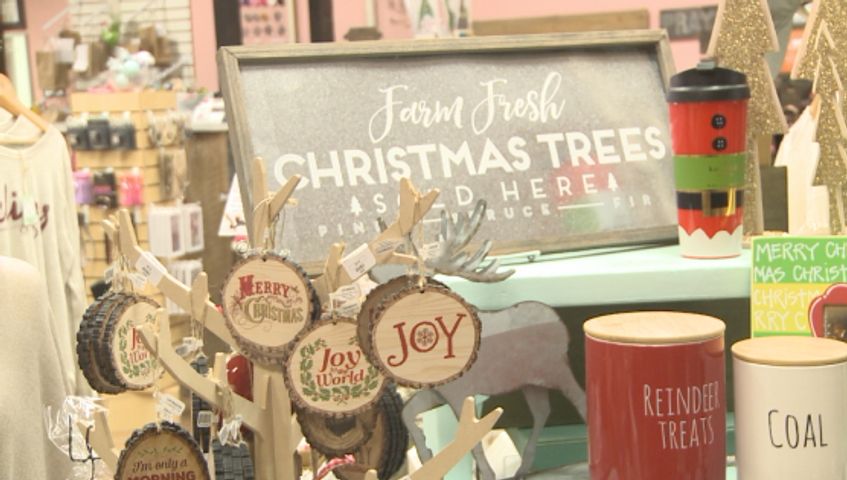 COLUMBIA - Small Columbia businesses on the south side of town said they were helping each other get business on Black Friday.

"There are some shops here on the South side of town as well, we actually are trying to help each other by sharing each other's specials on our Facebook pages and it's just great to support local businesses," Nancy Yaeger, Fleet Feet Sports owner, said.

"We're just really trying to work on the South end Columbia businesses, working together and trying to get people down here shopping," Mackenzie Knierim, owner of The Southern Rose said. "We're certainly excited to be in Columbia and in a community that supports small businesses."

"Fleet Feet has been sending people to us and visa versa," Knierim said. "Trying to get people to utilize the businesses in this shopping center."

Knierim said she thinks it might be better not being close to the mall because some people wanted to avoid crowds.

"I had breakfast here from B & B, which is local, because I do like to support local businesses too." Yaeger said. "Tomorrow we'll have Harold's doughnuts as well."

Fleet Feet Sports and The Southern Rose have deals for both Black Friday and Small Business Saturday.

"We've been pretty steady all day, we had a lot of deals going on," Yaeger said.

Knierim said Black Friday was "much crazier than what we expected. Being a small business, a lot of people are out shopping big box. So we thought we might get a little bit of a slow day or normal sales, but it was pretty much double what we normally have on a day like today. It was awesome."

"We've got tons of deals tomorrow, so that's what our focus has honestly been this week. We had a few Black Friday deals as well, but I think tomorrow will be a big big day for us," Knierim said.