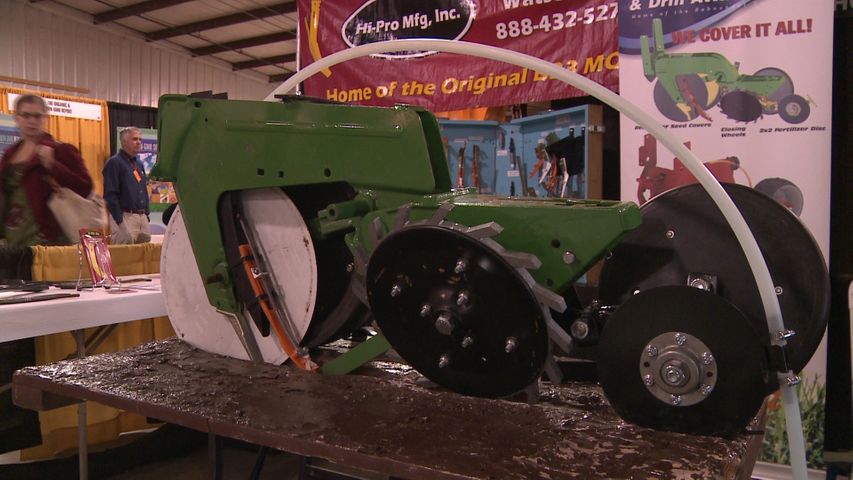 Since then, the trade show has grown and it serves primarily as an educational tool for small farmers to learn about advances in small farming as the farming industry has grown and changed over the past two decades. Macher and his wife Joanne, along with their grown children, still organize the event each year.

This month, low interest loans were announced for small farms and other related businesses that may have suffered due to the excessive heat and drought in the Midwest that were deemed natural disasters. Despite the tumultuous summer however, small farmers at the event were in good spirits.

"You know, you have really, really good years and you have really really bad years, and most of them fall in between," said Earnie Bohner, a small farmer from near Lampe.

Bohher has participated in the trade show for almost all of its 19 years. He grows primarily blueberries, blackberries, and shiitake mushrooms, which he sells at the show.

"I think that one of the things that's really important in small farms and in agriculture today is to keep it local," he said.

The trade show lasts three days and features about 120 vendors. Speakers from across the country will present throughout the three days. According to event organizers, this is the largest annual small farm show in the U.S. Tickets at the door are $10 for one day and $20 for all three.