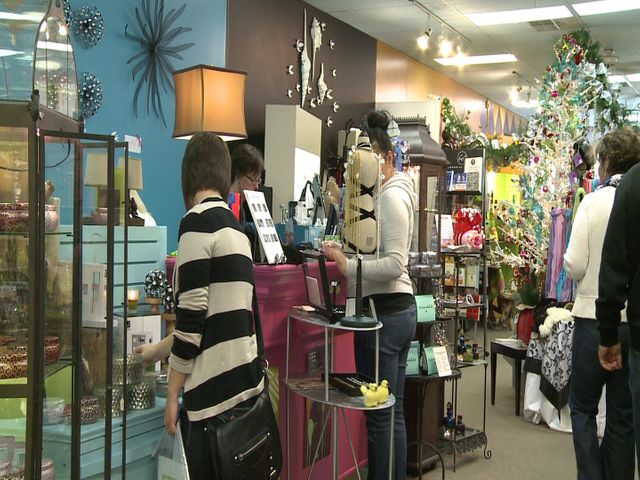 COLUMBIA - As large stores advertised and opened early for Black Friday, the small businesses in downtown did their own thing Friday. Some stores opened early, others sent patrons e-mails or flyers advertising special sales, and a few stores didn't participate at all.

Lisa Klenke, partner of Calhoun's, said opening early was well worth it as customers steadily flowed in all morning. Calhoun's opened 2 hours earlier than usual and ran Black Friday specials of 20 percent off storewide and 20 percent off holiday ornaments and cards. It will run the same special Saturday for Small Business Saturday.

Up the block, Dryer's Shoe Store was holding a two-day boot sale to celebrate the shopping event. Owners didn't expect the same crowds as larger stores, but still placed advertising in the newspaper and on Facebook.

On the corner of Broadway and 10th Street, Poppy Art Store was open but didn't compete for Black Friday shoppers. Customer Susan Phillips said she didn't mind because she doesn't like being stuck in the crowds of the mall and enjoys hunting for one of a kind gifts for her loved ones.

The downtown business district claims for every $100 spent in downtown Columbia, $68 wil stay in the community.