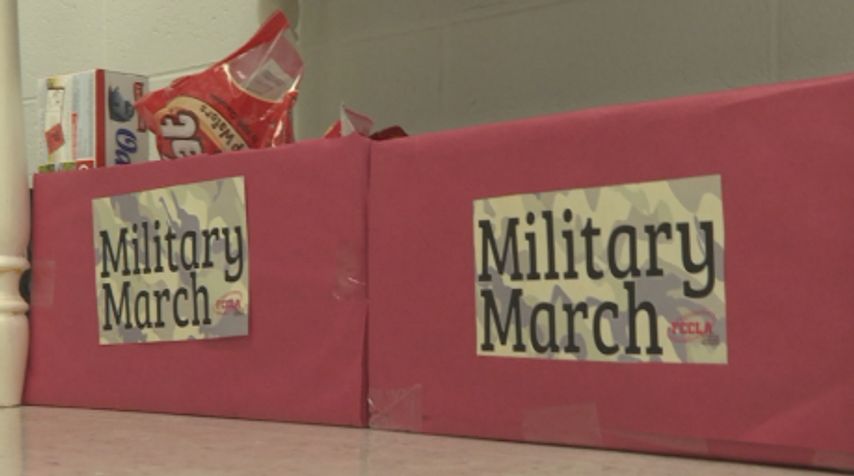 TIPTON - What started off as a one-day service project has turned into a month-long fundraiser.

Members of the Family Career and Community Leaders of America group at Tipton High School initially wanted to do something for service members overseas.

Originally, the group started accepting donations for "Military Monday," on Feb. 12. But once they saw the support from their peers, they decided to keep the momentum going by creating "Military March."

"It's really amazing just to appreciate these people who are volunteering and just saying 'Hey I want to serve our country and this is what I want to do'," FCCLA member Halle Claas said.

FCCLA's goal is to collect as many goods as possible to make care packages to send to troops deployed overseas. They're accepting personal hygiene items, feminine products, food and more.

Tipton has more than 30 graduates who served, or are currently serving in the military.

"Most people come back here after they're deployed," FCCLA Vice President Waverley Irey said. "I would say I'm not coming home, but I'll probably come home."

Irey wants to join the Air Force once she graduates. Both of her grandfathers served in the military and she hopes to follow in their footsteps.

"Wanting to go into the military, I think this is the best idea ever," she said. "If I got one, I would probably tear up emotionally because it's like someone's still thinking about you."

Donations can be dropped off at Tipton High School as well as Premier Hair Design in Versailles. Those wanting to donate, but can't make it to either donation location, can email fccla@tipton.k12.mo.us to make arrangements.

Donations will be accepted until March 23.