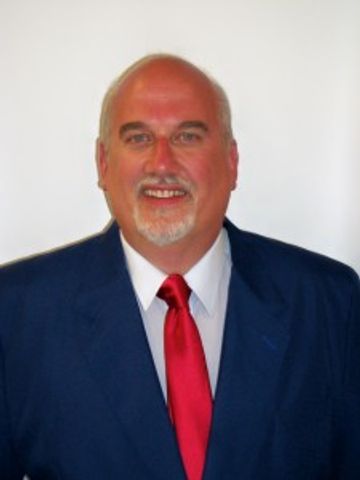 CAMDENTON - Eric Mayer is the democratic candidate in the third congressional district race against Libertarian Steven Wilson and Republican incumbent U.S. Congressman Blaine Luetkemeyer. Mayer graduated from the University of Missouri - Kansas City with a degree in business administration.

He has experience as a small businessman, operating Lake Winelectric. Mayer has also lived in Camdenton for more than 30 years and serves on community boards such as the Camdenton Chamber of Commerce.

KOMU 8 News sat down with Mayer as a part of the Smart Decision 2012 series.

What makes you the best qualified third congressional district representative?

"I believe my experiences being a small business owner for the past 30 years and managing that business and bringing it in on budget gives me an advantage over my opponent."

What impact will redistricting and Missouri's loss of a congressional district have on the state in the long run?

"Basically, the influence over either party, losing that one district will affect our ability to get what we want out of Congress in the future. So we're going to have to elect somebody that will work for the third district and Missouri."

Along those lines, what challenges could you face representing new district boundaries, and how would you meet them?

"Well, the challenges that anybody would be facing in a new district would be a mix between rural and urban, and you have to balance both of those. My opponent right now, Mr. Luetkemeyer, is not balancing that very well. He hasn't got the farm bill pushed through Congress like he should have done a long time ago."

What is the biggest problem Missouri faces going into the election?

"The biggest concern for Missouri is jobs. We need to create jobs, and I being a small business owner know how to do that. We need to reform the tax code and take that money and put it toward infrastructure and jobs like teachers and fire-workers, and that will create jobs."

How would you work with the U.S. Senate and other members of congress to solve that problem?

"Currently, the incumbent Mr. Luetkemeyer is not reaching across the aisle and working with the Senate. Again, I bring up the farm bill that the Senate has sent down to the House of Representatives, and they have not passed it for the last two times. That needs to be passed. The farmers of Missouri and in the third district need that farm bill, and I will get that farm bill passed and I will cooperate with the other side of the aisle to get the business of government done."

What should congress do about implementing the Affordable Care Act next year?

"The Affordable Care Act is a good piece of legislation. What it needs done is reform to be affordable and cost effective. That's what we need to look at is controlling the cost. Anything that was brought up, much like Medicare in the 1964 session of Congress. Many people didn't think we could afford it or wanted it, but, as you can see, Medicare has been a very good vehicle to get medical care to the elderly, and I believe that thats what needs to be done with affordable care here."

How would you bring more jobs to Missouri?

What are Missouri's biggest budget challenges and how would you meet them?

"Missouri budget is basically the governor's and not the congressional candidate. Basically, what the congressional candidate faces is the fiscal cliff or whatever we're looking for on the federal level. On the federal level, we need to obviously control our cost and we're going to have to look at cuts. That is an important thing for everyone to consider. My opponent is looking at cutting Social Security, Medicare, making Medicare a voucher program and that's not acceptable. Were going to have to look at the federal budget and cut areas that are not essential to our country."

Can you sum up what would change once you've served a term in this office?

"What will change is, basically, I will compromise with the other side. I will get the work of government done. Things like the farm bill will be passed. Tax reform will go through and will be a fair tax reform."

Is there anything else you want to add?

"Again, what we're looking for, what we're running on, is number one: job creation... number two: reforming tax and tax exemptions and codes... and number three is stabilizing Social Security and Medicare. It is vitally important. I believe that I can do that for the third district in Missouri. I appreciate your support and I ask for your vote."