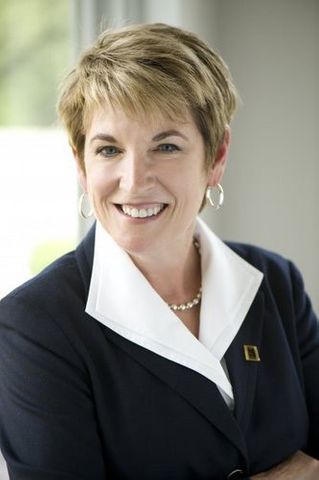 COLUMBIA - KOMU 8 News continues its series of interview with the candidates for office in the November general election with Mary Still, the Democratic candidate for the 19th State Senate seat.

Okay, my first question is, what life experiences have you had that make you a better candidate?

Well, I support the values that will make Missouri prosperous-- an investment in education, support for good paying jobs, and a commitment to a government that serves the common good, not the wealthy's special interests. I come from a different background than my opponent. I have a different perspective and I believe public schools are the great equalizer in society. That is what we should be investing in if we want our state to grow and prosper.

Okay. Since the senate seat is now made up of Boone County and Cooper Counties, what will you do to ensure you're focusing on both counties?

I think this district is such a great fit for me. I've been 30 years in Columbia but I grew up in a small town in a rural area. I have a lot of respect for rural Missouri. And I know in a small town in particular, people don't care if you're a democrat or a republican. You are in there working together, you're working to create jobs, you're working to have the type of schools that your community needs so that your citizens can compete world wide and that requires every body working together. I believe Cooper county is a great fit for me.

What is the most important issue that needs to be focused on in the election for the nineteenth district?

Well we're going to have to make a better investment in education and in healthcare as well. You know, those are our industries. Those are the things that make our economy go. And right now, we've been more or less shifting the chairs on the Titanic. We need to think big and we need to make the right investments that will support education.

Well, yes. I have identified several means of doing that. Now, my opponent is Head of Appropriations, but we've had a cut of $25 million, $23 million over the last four years. At the same time, we've had an increase of 4,000 students on our campus right here in Columbia. So this is not a recipe for success. I've identified several ways that we could have more income. First is the cigarette tax. I also believe in the Main Street Fairness Act and that is a way to collect taxes that are owed our people off the internet and it doesn't put our local businesses at a disadvantage and also I believe we've gotta look at tax credit reform. We're giving away $600 million off the top of our budget every year. This needs to be reigned in. This is not to say that I don't support some of the tax credits. But we can look at which ones have a better return on the investment. We can cap some without eliminating them. And that gives us more money for higher education.

Great. So, what is your stance on public education funding cuts?

Well, we have had cuts. Even here in Columbia Public Schools we were cut by three, well, we were cut substantially this year. I'd have to look at that figure. But our students in Columbia schools are about $1,500 to $3,000 disadvantaged over students in similar situations in schools in Saint Louis and Kansas City. That's because the foundation formula is $400 million underfunded. So, once again, we have to look at ways to get more revenue. We have to be realistic about it. Our general revenue in the state is about what it was when taken into consideration, inflation, about what it was in 1981. That's the reality and we have got to start putting the reality above ideology.

This is also a bit of a piggy back off of what you've already said. You mentioned the cigarette tax. If the cigarette tax does pass on the ballot in November, will it help or hurt the district?

Oh my goodness, it will help us more than any, almost more than any district in the state because of our University being here, Moberly college here, and then public schools You know, Columbia is a community that values education. And it's almost the best recruiting tool we have for our businesses. Look at who we recruit. We recruit professors; we recruit doctors for our hospitals. These are people that want to know what the public schools are like. THis is the best tax credit we could ever give these people is good public schools. So there's no community in the state that would benefit more.

Okay. Healthcare is also a major issue in this election. What do you believe is the best solution for Boone and Cooper counties?

Well, we have the Affordable Care Act now and that is the law of the land. And so, as a senator for Boone County, you, and Cooper County and mid-Missouri, you are going to have to make some choices as to how to implement that in a way that best serves our community, District 19. And the first obligation we have is to get an insurance exchange set up. I worked on that in the House Committee. We got an exchange put together and it passed in bipartisan fashion in the House of Representatives. It got killed in the senate. An exchange is simply an internet portal. People get online, they look and see what type of insurance is available, is it competitive? What is offered, and what's the price. So, an exchange promotes lower insurance rates, transparency, and competitiveness. We need to do this regardless. Now, unfortunately, we as a state are not going to have as much say in it as we would have had we gone ahead and passed that bill that I worked on. And now, the federal government will be implementing that for us. But that's, it's important that we do what we can to get something that really serves our state and our people. The next thing about the Affordable Care Act is the decision whether we're going to accept the federal money. That's $8.4 billion for the state of Missouri. And the senator from Boone County needs to be advocating for that. Again, there is no community in the state that would benefit more. University Hospital and Clinics, Boone Hospital, these are hospitals and institutions that will benefit from this money. It will be an economic engine for our state.

Okay. Mid-Missouri's unemployment rate has been at less than eight percent for most of 2012. However, most mid-Missourians, excuse me, many mid-Missourians are still unemployed. What do you plan on doing to ensure more job creation?

Well again, our economic engine is the University of Missouri and healthcare. And I do believe the Affordable Care Act will help drive the economy.

This is the last question. The status of the economy is a constant debate on a local, state and national level. What do you plan on doing to ensure a stable economy in the nineteenth district? What regulations do you believe need to be put in place?