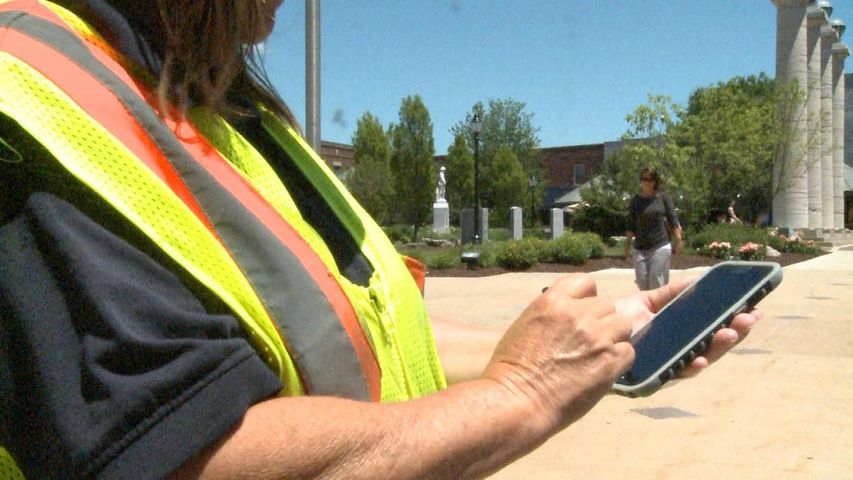 "I just like that we are going to have all the information at our fingertips," parking enforcement agent Kathy Hamilton said. "We can get it all done at once multi-tasking."

The city of Columbia, MU police and parking enforcement officers will use the new smart phones. A contractor called Clancy Systems leased out nine Samsung Note phones for the new parking upgrades. The new phones will cost the city around $62,000 a year to lease. Since the phones are leased, the city will be eligible to upgrade as soon as new technology comes out.

Currently the parking ticket system is 15 years old and used customized software. In order to see if a car is on the tow list, enforcement officials had to call over to the municipal court and read the license plate number to see if the car was on the list. With the new smart phones, officials can type in the license place number and know immediately. Workers said they were calling over to the municipal court around three times a day to check on certain cars.

"We would just have to hope that somebody there is available to answer the phone," Hamilton said. "If they're busy up there and no body answers then we have to bypass it."

The new phones will eliminate those calls and check all cars.

The city said another advantage of the new smart phones will be all the information is in real time. With the old system, parking enforcement agents would have to plug their information from the day into the system at the end of the workday. With the new phones, the database is constantly updated throughout the day.

Agents will also take pictures on the new smart phones of the ticket on the car, the expired meter and the license plate.

"It would be good for a fire zone where they have a fire hydrant and a car is parked there," Hamilton said. "If they say 'Oh, I wasn't that close to it,' we have a picture so it will be something to back us up and take a lot of argument out of it."

In another change to the system, parking tickets can now be paid online.