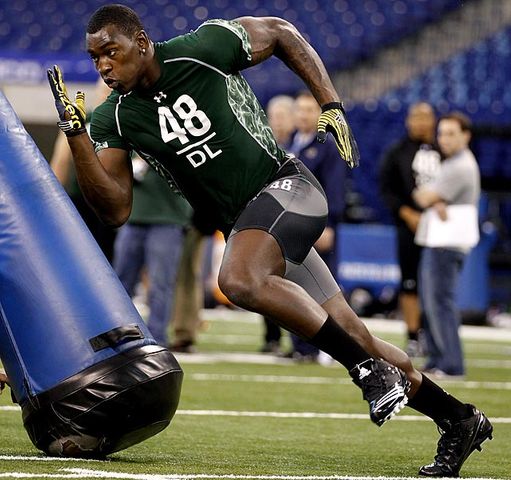 COLUMBIA -- Missouri football continues to produce first round NFL draft picks. From Sean Weatherspoon to Jeremy Maclin to Ziggy Hood, the Tigers have grown accustomed to grooming top-tier NFL talent. In less than a week, this year's crop of Mizzou standouts -  Blaine Gabbert and Aldon Smith - figure to add their names to the first round list.

While Gabbert, a candidate to be the first player selected, has received a majority of the attention from scouts and draft experts, Smith's pre-draft experience has been no less busy nor hectic.

"I had thirteen [NFL] teams interview me this past month," says Smith. "I have no idea where I'm going."

Based on Smith's description, these weren't your typical interviews.

"With some of the sports psychologists, you play games with them, like figuring out problems. It might just be playing some board games or playing with some blocks, seeing how quick you can figure out things and how quick you can adjust. So that's definitely been something that I've dealt with.

Despite the ambiguity of the process, Smith made note of a few preferences of his, stating that both Seattle's and Tampa Bay's facilities impressed him the most. He also added that he'd be happy to land in Florida.

In any case, whatever the result, Smith says he will be fulfilling a lifelong dream once he arrives in New York.

"That's going to be a dream come true, you know? I've watched the draft for a lot of years and for me to actually be a part of it will be special."