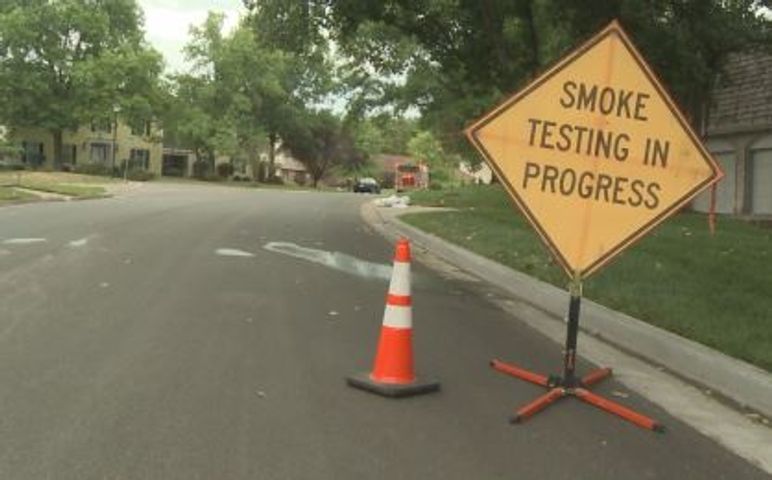 COLUMBIA – The Columbia Fire Department has responded to multiple false alarms since Sunday, as residents in southwest Columbia see smoke in or around their homes.

The city is putting smoke into sanitary sewer lines to check their integrity.

“I’ve lived here 30 years and this is the first time I’ve ever known something like this,” homeowner Harold Mauller said.

Mauller called the fire department on Monday asking for a unit to check if his house was on fire.

“Haze started coming through and I was wondering were my eyes going bad?” he said. “It just kept getting worse and worse and worse. I wondered if my house was afire.”

Dave Sheahen also lives in the smoke testing area, but said he hasn’t seen any smoke in his home. He said he understands the process and believes it is necessary, but he can understand how it might scare someone enough to call for help.

“It’s been a month or two time gap between getting that information and the actual smoke testing happening,” Sheahen said. “I could see if somebody maybe missed the initial notification or it just slipped their mind, and if you see smoke, you’re going to react in your best interest.”

“We are accustomed to this, and that’s ok,” Fraizer said. “If anyone suspects there is a fire in their home, we don’t want them to second-guess that. This is what we’re here for.”

TREKK Design Group, LLC is conducting the smoke tests. In the informational pamphlet they distributed before beginning the tests, the company said the smoke was not a fire hazard, has no odor, and is not harmful to humans or pets.

Fraizer said the Columbia Fire Department encourages anyone who is unsure if the smoke is from the testing or an actual fire to call 911.

“Better safe than sorry,” he said.