SNAP Cuts Have Missourians Heading to Their Local Food Banks 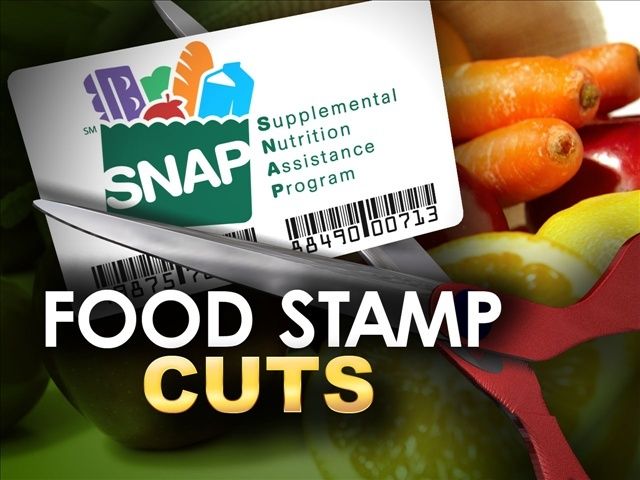 The SNAP benefits are given to low-income people who need help buying food. The benefits are given to people in the form of Electronic Benefits Transfer (EBT) accounts. SNAP recipients can access their account for food with a plastic card they are given as well. However, these accounts have dwindled in the past month due to these government cuts.

The SNAP cuts total about $5 million in benefits, causing the benefits to drop to about $1.40 a meal per for person.

The Missouri Food Bank Association estimates that 3.5 million meals will be cut from Missouri residents.

According to United States Department of Agriculture, in September 2013, a family of two under a thrifty plan was living off about $88 for food a week, which breaks down to about $2 per meal.

With the cuts, a family of four in the United States is now having to cut out about $36 from their monthly food budgets.

These cuts are affecting about 15 percent of Missouri's population, more than half of which are children, seniors, and those with disabilities.

These Missourians have started to turn to their local food banks to help make up for the lost food in their SNAP benefits.

In turn, food banks are finding it hard to meet this demand.

"The fact is, before these cuts we were experiencing an increase in demand and that has clearly continued on into November," said Scott Baker, Missouri Food Bank Association State Director.

Baker said while these SNAP benefits are not meant to supply a family with their full food supply for the month, the benefits still bought a substantial amount of food for recipients.

Scott Gordon, communications coordinator of the Central and Northeastern Missouri Food Bank, says the food banks' numbers have been up this year in general and they have been able to meet the demand so far.

While the food banks around Missouri are trying to meet this extra demand, they still need help.

"At the end of the day there is no way we can replace these lost meals, not all of them, and so we're doing the best we can but there is still going to be a gap," said Baker.

Baker says more cuts seem to be inevitable, but where will these meals be replaced?

"Basically they are asking the food banks to double the output, to fill that gap and that's just not realistic," Baker said.