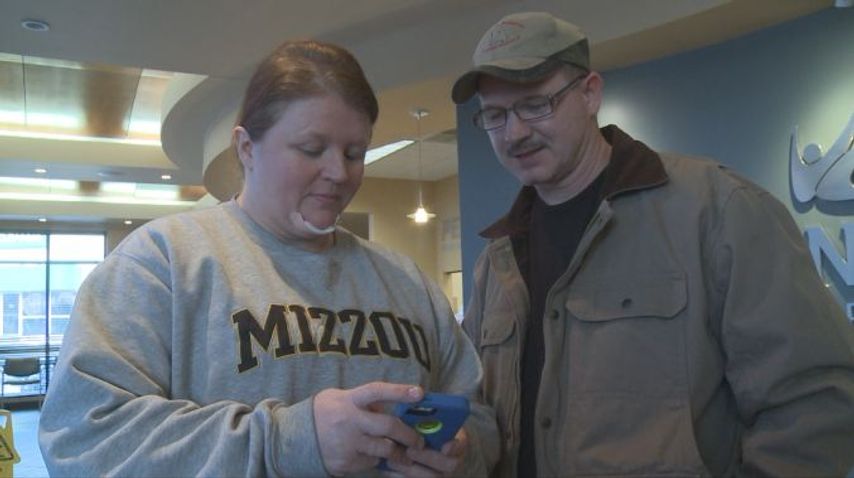 COLUMBIA - Ice and snow blanketed Columbia this week making it difficult for pedestrians to get around. Since the snow and ice hit, doctors have seen an increase in weather related falls.

"People are still trying to go about their daily lives, letting their dog out, going to get the mail, going to work. We've just had a lot of people falling," Zerrer said. "We have seen wrist fractures, lots of different kinds of bruises, head injuries, neck injuries, cracked ribs, pretty much the gamut."

Columbia resident Becky Cary knows about the physical dangers ice can cause. Wednesday, Cary attempted to pick up and carry firewood when she slipped on a patch of ice sending her slipping to the ground.  She said she landed face first into the wood, an accident that resulted in eight stitches, a split lip and a swollen knee.

"I had no time to think about it, it just happened," Cary said.

Cary wasn't the only one who had to visit urgent care Wednesday. Zerrer said he treated two people for wrist fractures.

"People just instinctively put their hands down to catch themselves," Zerrer said. "That's when lots of wrist sprains and wrist fractures happen. I would rather somebody hurt their wrist then come straight down on their head, and risk head injuries, concussion."

Like Cary said, Zerrer agreed when it came to how fast accidents can happen. He said what it comes down to is to not put yourself in risky situations. He said areas to avoid are ice or snow covered stairs and curbs.