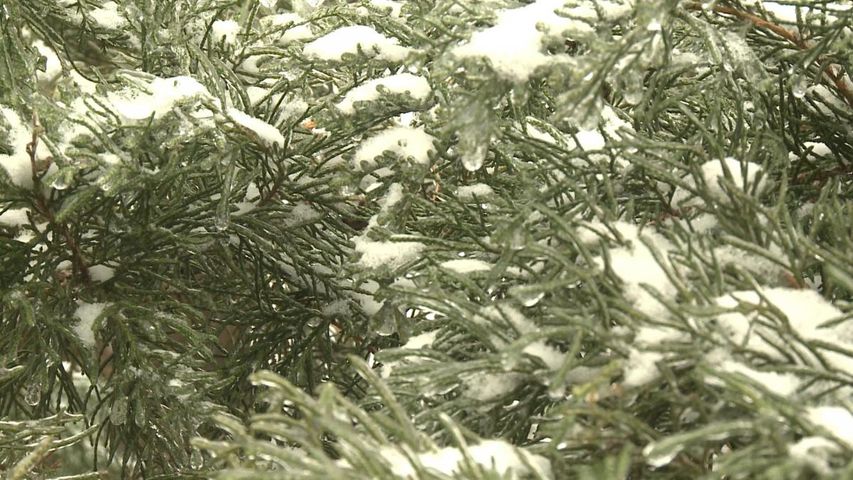 COLUMBIA - The recent snow and ice made roads slick and covered the area, but the weather also decreased the risk of natural cover fires spreading.

"What we had prior to this ice storm that we had over the weekend was very dry conditions," said Boone County Battalion Chief Gale Blomenkamp.

Just a week prior to the winter storm, Boone County Fire responded to a brush fire in Hallsville. That same weekend, several natural fires spread near Lake of the Ozarks. On January 29, what began as a man burning leaves turned into a fire that charred some of his shed and land in Sturgeon.

Blomenkamp said during the winter, plants are dry or dormant and are not taking up any water. The dryness coupled with low humidity allows fires to spread easily.

"When you have a dry, humid day, with humidities at 20 percent and strong winds, we had a perfect scenario for brush fires," Blomenkamp said.

Now that snow and ice remain on the ground, Blomenkamp said the chance of fires spreading is reduced.

"Not that the plants will take up any moisture, but it will provide a cover so we should see a diminishing call volume in natural cover fires as long as we have snowfall or ice cover," Blomenkamp said.

But until plants start absorbing water, the risk is still present.

"We expect a lot of natural cover fires in February and March until things start greening up in April," Blomenkamp said.