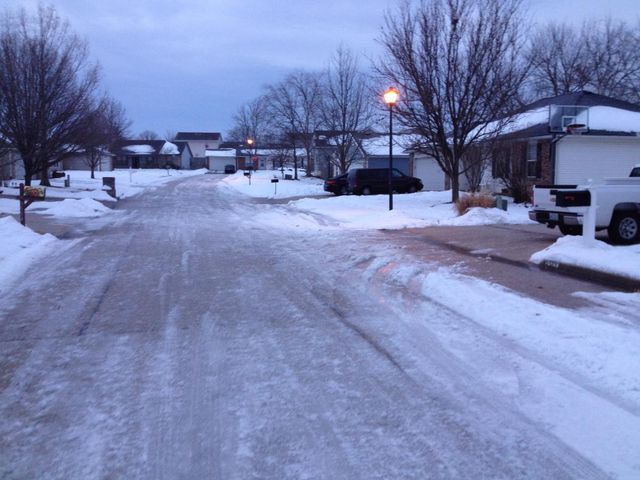 COLUMBIA - The recent sunshine and temperatures in the mid-40s have caused some snow to melt on Columbia roads. Some roads have become slick, especially with the temperature reaching below freezing Friday morning.

During Friday morning, Columbia had light amounts of rain and a quick burst of sleet a little after 6 a.m. It caused a small layer of snow to form on some roads.

Precipitation is forecast to move in Friday morning, in the form of snow, sleet or rain, depending on what area of mid-Missouri you live in.

Even though the snowfall will likely be less than one inch in some areas, roadways could quickly become slick with the melted snow and lower temperatures.