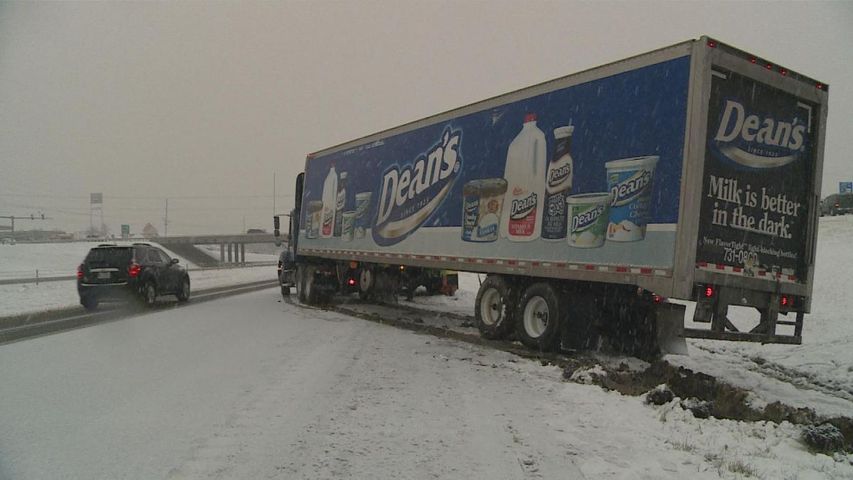 The MoDOT Traveler Map shows most roadways running through Columbia as partially covered in snow. That includes Highway 63 and Interstate 70.

An accident on eastbound I-70 at mile marker 136 closed the right lane of traffic. The incident, reported at 6:54 a.m., was expected to slow traffic for two hours. Another accident reported at 8:21 a.m. closed the ramp from I-70 eastbound to Highway 40 at the 122 mile marker. MoDOT suggested driver take an alternative route.

Highway patrol officers said some drivers slid into ditches and were able to get themselves out. But one semi-truck heading north on Highway 63 slid on slush, launched onto the Grindstone exit ramp, then jackknifed into the median between the highway and the exit. The truck passenger said once the vehicle hit wet snow, the driver lost control. As of 9:00 a.m., that accident had been cleared.