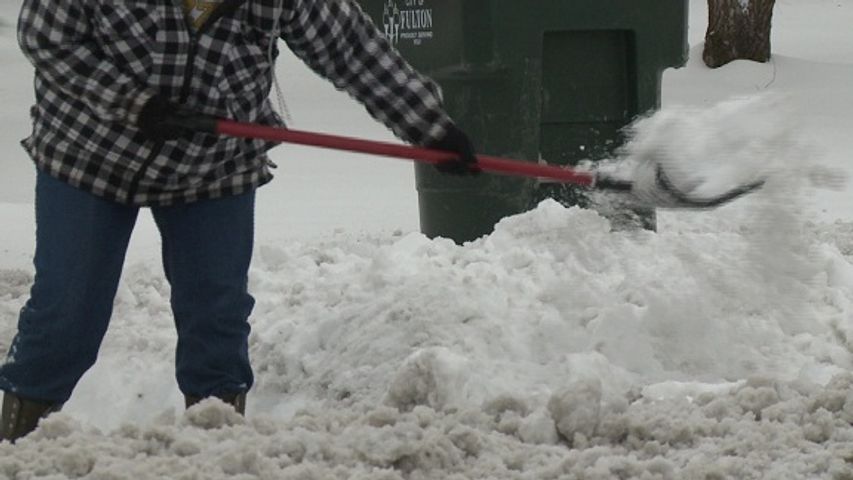 FULTON - Thirty workers and seven snow trucks worked through the night to clear Fulton streets, finishing the main thoroughfares by around 1:30 p.m.

Fulton's snow crew said they started preparing for the snow Thursday morning around 5 a.m. by salting critical locations around town such as curves, hills and intersections. The crew planned to stop clearing roads at 5 p.m. Friday and take the weekend off. City Engineer Greg Hayes said he wants to give the snow a chance to melt during the warmer weather this weekend.

Hayes said clearing the first inch of snow costs the city of Fulton $23,000. He estimated the total cost for Thursday's snow storm to be about $55,000. Costs include equipment, snow crew workers, and more than 100 tons of salt.