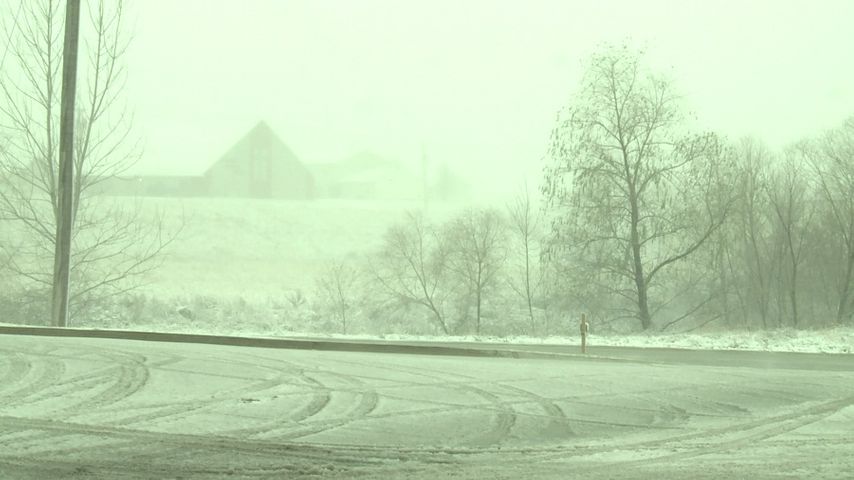 BOONVILLE - High winds and snow whipped through Boonville on Thursday, causing drivers to pull off the road. Drivers called the weather conditions a "whiteout."

Weather advisories went into place Wednesday night to warn residents ahead of time, but many did not expect conditions to cause so many problems.

But drivers disagreed. Bob and Joyce from Knoxville were traveling on I-70 on their way to Colorado. They had to pull off the road because of poor visibility.

"Conditions just got so bad all of a sudden," Joyce said. "We pulled off in Columbia and got back on (the highway) because we thought things improved. We weren't able to make it but 20 miles to Boonville because we could barely see."

Residents in Boonville do not expect conditions to get better.

"It has gotten worse since I came in this morning and people have been giving me reports that the roads are deteriorating. And from what I hear if you go west it's a lot worse than going east," Velma Cole, manager of Phillips 66 said.

Cole said on her way to work, she drove much slower than usual. She said her main concern is safety on the slick roads.

"It's been a nice winter so far, so I'm hoping that it doesn't get too bad for people driving," she said.

The weather also affected truck drivers. Truckers pulled into the gas station in Boonville because of poor visibility on I-70 West.

Cole said truckers came into the gas station to decide if they wanted to keep driving in such extreme conditions.

MoDOT officials also said when weather conditions improve, people should also make sure their car is winter ready by checking the breaks and fluid levels.