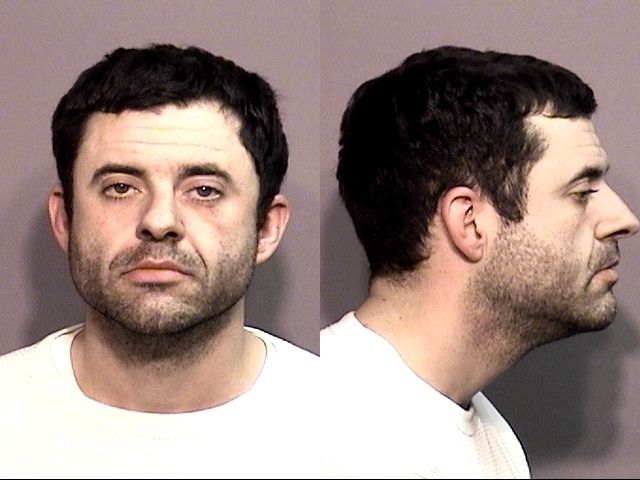 COLUMBIA - Footprints in the snow helped lead to an arrest in Columbia on Wednesday.

"Certainly, we were glad we had the footprints in the snow," O' Sullivan said. "Obviously that doesn't happen every day."

O' Sullivan also credited the canine unit on the scene for playing a large role in the arrest.

The building's caretaker called deputies after he said he saw a man inside one of the vacant buildings of the school holding several pieces of copper tubing.

The suspect then allegedly ran away on foot after he was seen.

O' Sullivan said stolen copper from abandoned buildings has been a big problem in Columbia.

"Frankly, I'm surprised that there's any copper left in any of those buildings," O' Sullivan said. "They've been picked through over the last five years."

O' Sullivan said deputies found a screwdriver and a pipe cutter with the suspect in the abandoned house that would indicate he was removing the copper from the school.

They also found bolt cutters at the school with Russell's initials on them.

O' Sullivan said deputies also found meth in the suspect's shoes when he was arrested.

He said the school, that was most recently called "Galaxy School" as part of the Columbia School System, has been the site of several incidents of vandalism.

"It's really difficult to secure every building on that property," O' Sullivan said. "You can only do so much, and people still find a way to get in there."

Russell is currently in the Boone County Jail, and faces charges of first-degree burglary, possession of burglary tools, first-degree property damage and stealing.