Social Media in Business Summit Kicks Off in Columbia 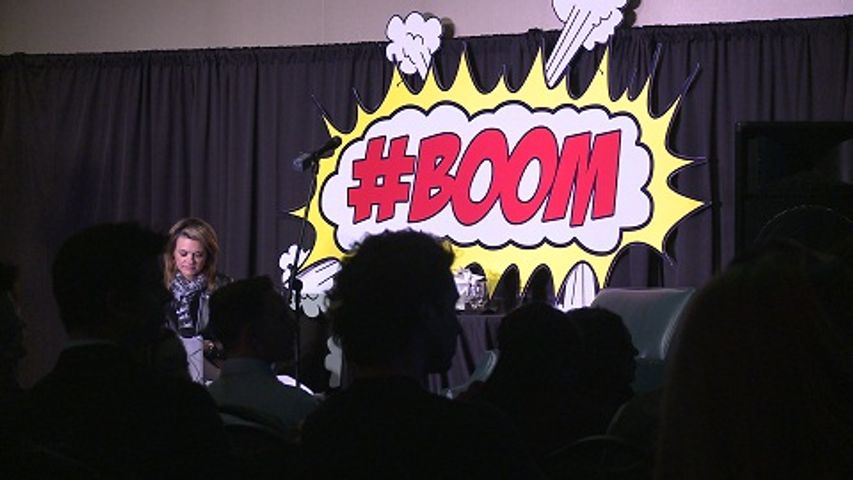 COLUMBIA - Regional Economic Development, Inc., or REDI, hosted its third economic summit called "#BOOM" Friday at the Reynolds Alumni Center. Hosted by KOMU 8's Sarah Hill, REDI officials said the event provides an opportunity for 10 local, regional and national speakers to discuss entrepreneurship and the role of the entrepreneur in the social era.

"Today is really an event for what we describe as the social era entrepreneur. The event took a different focus; we wanted it to be high energy, single-track. And we brought in some of the best local, regional and national entrepreneurs to really put together a great summit to immerse people in the culture of entrepreneurship," Siebert said.

But even more importantly, Siebert said, the event was designed with the purpose of attracting the younger generation in Columbia to the world of business.

"The Columbia community at large, and REDI plays a really key part of it, is growing an economic garden. And the idea behind growing the garden is you have this amazing pool of talent in this city. What are we gonna do to keep it here and harness it?" Siebert said.

Two of the local speakers at the event, twin sisters Brynne and Bailye Stansberry, had made use of REDI-sponsored events before to create their first company, TwoAlity, which they hope to launch in a few weeks.

"Our product is a transparent boot with interchangeable liners. So, girls can change the pattern or the color as much as they want to. And we're going to design our own custom fabrics much like a Vera Bradley model where they roll out new patterns each season," Bailye Stansberry said.

The twins were enthusiastic about the event's purpose and what it could do for other new entrepreneurs like themselves.

"I think that it brings all the resources together from younger entreprenuers to maybe older entreprenuers or mentors or people who maybe aren't entrepreneurs but have a talent and their time that they can bring to the table. And when you get all those people in the same room, the creativity and collaboration that can happen is endless," Brynne Stansberry said.

TwoAlity's product line for now will be limited to just women's footwear, but a children's line for girls and boys and even more products are in development.

For those who could not attend the event in person, footage of the event is available at www.comoboom.com.