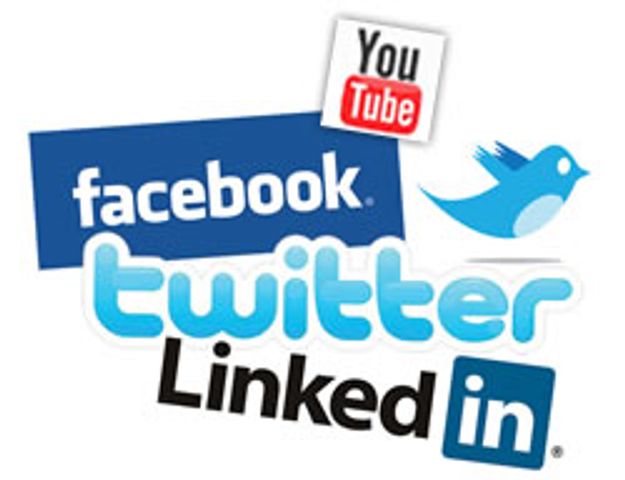 COLUMBIA - In a increasingly digital world, human trafficking has become easier for predators who use social media and other online platforms.

University of Missouri student Alyssa Schallenberg was one of the potential victims target using social media.

An unknown person sent a friend request to Schallenberg on Snapchat, pretending to be someone she actually knew.

That person waited a few weeks before messaging her and offered Schallenberg a “quick way” to earn nearly $1,000.

“At the time I was like, I’m a broke college kid. Obviously that is going to get my attention,” Schallenberg said.

After back and forth messaging, she realized the person was not who she thought it was and she blocked the account.

“I just thought it was sketchy," Schallenberg said. "It wasn’t my first thought that it would be a sex trafficker or someone that wasn’t my friend."

Nanette Ward, chair of the Central Missouri Stop Human Trafficking Coalition, said what happened to Schallenberg isn’t out of the ordinary. She said people have gotten used to putting a lot of personal information online and predators are making use of it.

Predators can take advantage of someones' personal information on social media to lure them in.

"We have just flung the doors wide open, total and complete exposure, and they’re using that to their advantage.”

Ward said, prior to the internet and social media, traffickers had more limited means of finding and recruiting victims. They would lurk around playgrounds and other public places to find someone vulnerable enough to fall into their trap, she said.

However, social media allows direct entry points for traffickers to target victims anonymously from behind a screen.

“Social media creates a forum for them to do that,” said Sandy Sieben, who studies human trafficking at the University of Toledo. “It's like ‘here, here's a book about me. Read all about me, learn everything you want to know.’”

Traffickers do not have a single type of victim but some demographics are more susceptible, according to the National Human Trafficking Hotline. Runaways and young people who are homeless, foreign nationals and those who have experienced physical or emotional abuse have all been historically targeted.

Ward said social media has paved the way to more diversity in sex trafficking victims. She stressed anyone can be targeted.

“Now, because you have social media access by all socioeconomic groups, you have people who may not normally be at risk,” she said.

Seven in 10 Americans use some form of social media, according to the Pew Research Center.  Ditching all forms of social media may be out of the question for some. Seiben said people who choose to stay hooked in should take precautions.

“Make sure that your privacy settings are at the highest level of security. Never communicate, share photos or personal information with anybody on social media, even if they say, ‘Oh, I’m your friend,’” she said.

Ward said people should research the platforms they are using and what their policies are in case of an incident.

Schallenberg said she has changed the way she uses social media, and encourages her friends to do the same.

“I think that whole situation like made me a little bit more conscious of it, like you don't need to put your whole life on social media," she said.

The below graphic offers a brief overview of how different apps compare. 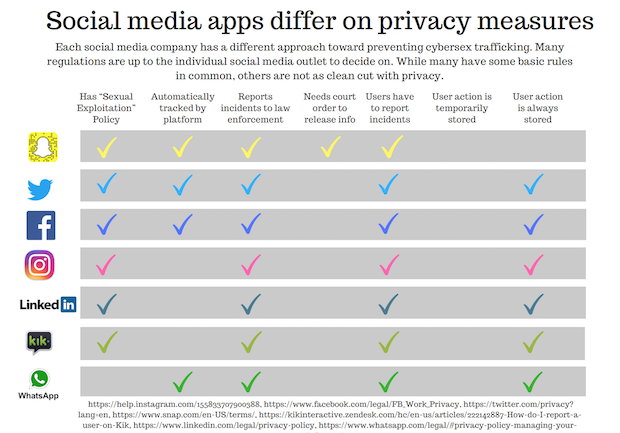 Anyone who suspects they or someone they may know is being targeted by a potential sex trafficker should call the National Human Trafficking Hotline at 1-888-373-7888.