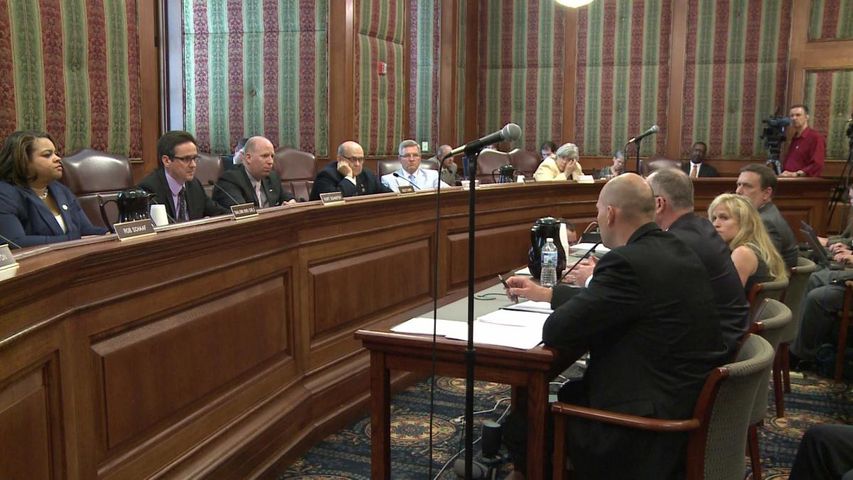 Special Agent Keith Schilb told the Senate Appropriations Committee he first asked for the list in November 2011. That list arrived on an unencrypted disc, but Schilb said the data was "jumbled" and he destroyed the disc. Schilb said he then put the project on hold while he underwent knee replacement surgery, after which he requested the list again in January 2013. Schilb said he was unable to access the data contained on that disc and made a third request before he and his supervisors terminated the project.

Schilb and Troy Turk, Special Agent in Charge of the administration's Kansas City field office, told the committee they had planned to compare the list of Missouri's concealed-carry permit holders, of which there are more than 163,000, to a list of Missourians claiming mental disability for Social Security benefits. The intent was to detect fraud, but both men said the project was abandoned when they realized the large amount of data they would have to sift through. Turk said the agency never had any plans to share the list with the Bureau of Alcohol, Tobacco, Firearms and Explosives, but would have alerted the Missouri State Highway Patrol of any matches between the two lists.

During the hearing, Sen. Mike Parson, R-Bolivar, pressed Schilb and Turk on why their agency kept no records of the project.

"You put a lot of Missourians' data on the line for an exercise," Parson said.

Sen. Kurt Schaefer, R-Columbia, repeatedly asked Schilb and Turk how their agency would have treated veterans with post-traumatic stress disorder who hold concealed-carry permits. Schilb and Turk said if those veterans showed up on both the concealed-carry and mental disability list, their names would have been among those forwarded to the Highway Patrol for further investigation, but their agency would have taken no further action.