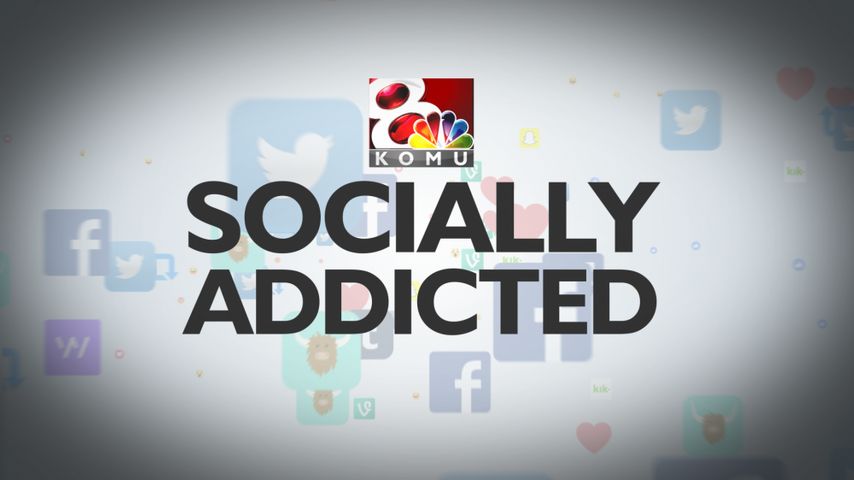 COLUMBIA - As parents, the number of dangers we try to protect our children from seems ever-growing. We look for any signs of addiction or substance abuse. But, what if the substance is digital?

MU child and adolescent psychiatrist Dr. Garima Singh said, “Every time you get a like on Facebook, there is increased serotonin release in your body. They are getting happy about it. Another like, another comment. We talk about developing a tolerance to it. So, you need more, you need more to get the same amount of stimulation. They’re getting high.”

Regardless of your teen’s platform of choice, Singh said, it lights up the brain the same way a drug addiction or a gambling addiction would.

As for teenagers, their brains aren’t finished developing yet.

Aggarwal said, “A teenager brain is growing. It’s growing at a very fast pace and everything is like a sponge. That can be good, it can be bad. That’s a very critical age.”

A report from Massachusetts Institute of Technology said: “In early- and mid-adolescence, the brain undergoes considerable growth and pruning, moving generally from back to front areas of the cerebral cortex.”

Most neuroscientists agree the average age the brain stops developing is 25.

At this point, the medical world  doesn’t have a specific age recommendation for beginning social media use. Singh said peer pressure seems to be the catalyst.

A Pew Research Center study conducted during 2014 and 2015 says 71 percent of all teens ages 13 to 17 use Facebook; 52 percent are on Instagram; 41 percent use SnapChat. Twitter, Google Plus, Vine and Tumblr are less frequently used, the study said.

Aggarwal said boys’ identities are more wrapped up in physical prowess and outsmarting their peers.

At this time, there’s no diagnosis of social media or internet addiction in the diagnostic manual for psychiatric disorders. However, psychiatrists still recognize it as a problem.

Singh said, “Make your kids good digital citizens. We are the role model. If we are sitting in the living room and Mommy and Daddy are on Facebook and we are telling our kids don’t do that - we are not being a good role model.”

The American Academy of Child and Adolescent Psychiatry's website has some helpful tools on how to talk to your teens about proper social networking.