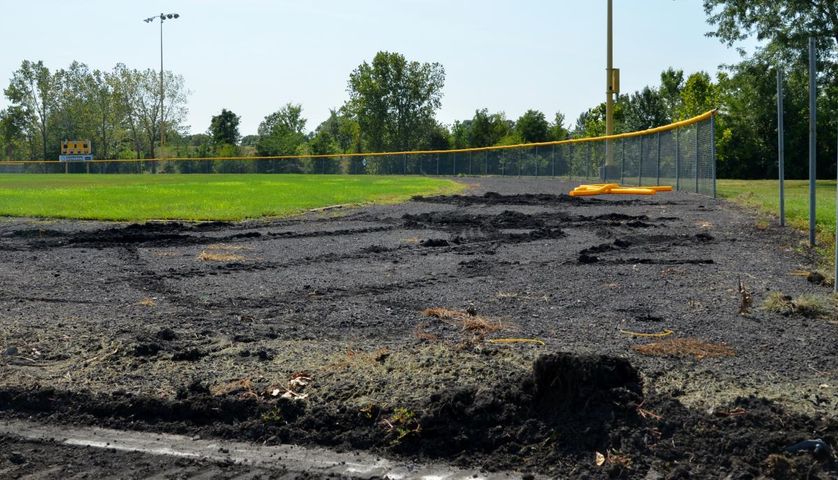 The trucks were driven through the field fences, stripping the yellow field of turf and destroying the fences on the blue and orange fields.

The orange and blue fields will be used for softball games beginning at 6 p.m. Monday, but the yellow field will not be open due to the damage. Griggs said Parks and Recreation employees worked long hours into Saturday night to get the fields open for Monday's games.

"Well a lot of those guys had tickets to the game, but on Saturday, they all stayed and they got the fields playable. They stayed late, they did what they could, we had to drag off all the fence material that was torn off because because you know, it was a safety hazard," Griggs said.

Griggs said the repairs to the fence and replacement of one of the trucks will cost approximately $50,000. Field surveillance cameras caught the vandals in the act, but police have made no arrests yet.

Click here to see more photos of the vandalism.

(Erik Hall contributed to this report.)