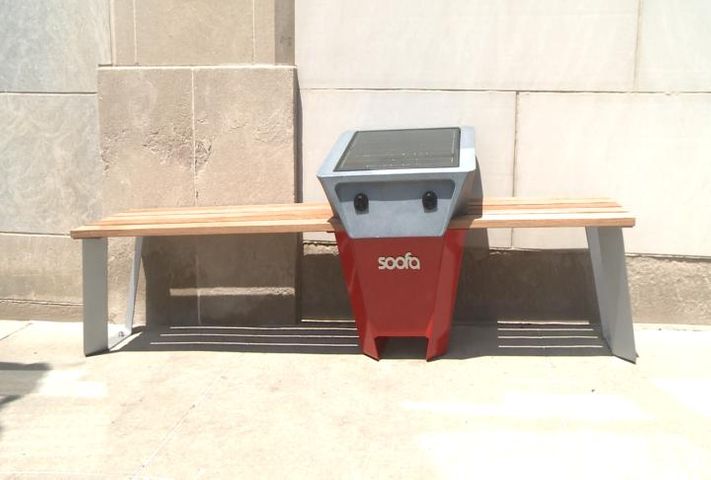 COLUMBIA - The city's new solar-powered bench, called a Soofa, has mostly impressed the public since the city installed it outside City Hall.

Most people who walked by the strange looking bench turned around to take a closer look at it. Once they figured out what the bench was, people said they were impressed and thought the bench was a cool idea.

The bench has solar panels and two USB ports to allow people to charge their phones or other mobile devices while sitting outside. One Columbia resident said he thinks this is a good idea.

"I think it's actually pretty amazing. It's a great idea," Jeff Banks said.

Banks, like many others that walked by the bench was unsure what it was at first glance, and thinks a lot of people will have that same issue. He also said he thinks people would use the bench once they figured out its abilities, though.

The biggest concern for people, though, was the bench's price. Public Works Director John Glasscock said the bench cost $4,100. Banks said he wasn't thrilled about the price, but still said he liked the idea.

"I guess I couldn't see spending that much money to put them around, then," Banks said. "Unless there was some sort of deal by doing a bunch."

Banks said he thinks the charging station will be helpful, though, even if people only use it for 5 minutes to add a little more battery life.