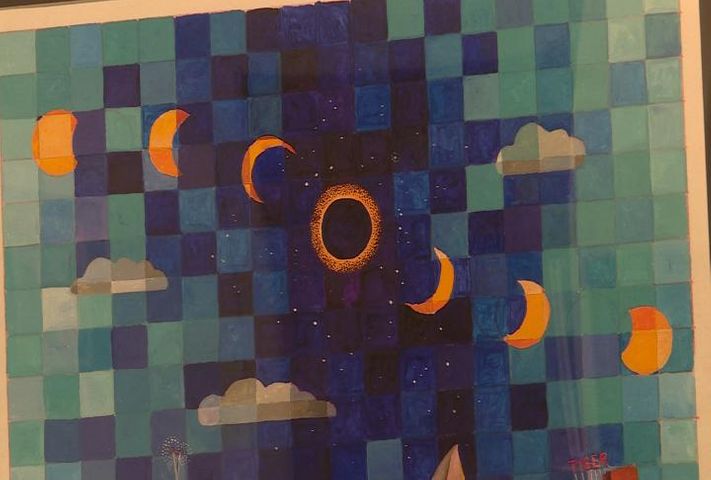 COLUMBIA – A local art exhibit is giving mid-Missourians an early taste of next month’s solar eclipse.

CAL Education Director Karen Stout said seasonal exhibits have been displayed for years, but the gallery has traditionally held back on using themes.

“Normally our summer show is wide open,” Stout said. “We don’t really do a theme. We like to keep it broad enough that a diverse community of artists can respond.”

“Since the total solar eclipse is such a rare and special event happening this summer, we thought we would celebrate that in some way and ask artists in the community to respond to that idea,” Stout said.

Stout said the exhibit’s theme is specific, but features various forms of art.

“We have painters,” Stout said. “We have people who do printmaking, drawing, ceramics, and mixed media sculptures.”

Stout also said that while the gallery may be more thematically specific than ever before, the interpretation of “Eclipsed” is ultimately up to the artist.

“With the idea of eclipse, we broadened that out to include light and shadow,” Stout said. “How one thing obscures another. So it can be taken more literally or it could be more figuratively.”

“Eclipsed” is open to the public until August 23, 2017. More information on the exhibit is available on the CAL website.