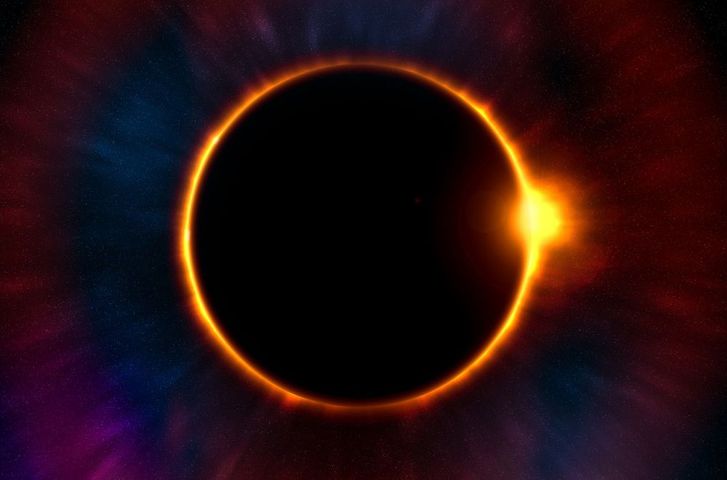 COLUMBIA - Local business in Columbia are preparing for a sizable increase in tourists in August.

Columbia is within the Ribbon of Totality, the path of the total solar eclipse through the United States. The center of that ribbon is called the Ideal Line, and Columbia lays in that path.

"This is one of those truly once-in-a-lifetime opportunities. We don't get to say that very often," said Megan McConachie, communications manager for Columbia Convention and Visitors Bureau (CVB).

CVB estimates that during the weekend of the eclipse, the city will get more then 100,000 tourists from all over the the world. She said it is "a great number for that time of year."

McConachie said the CVB is expecting the eclipse to have a big impact on the local economy.

"This influx of people is going to really affect our tourism-related businesses, our hotels, our restaurants, our shops downtown, gas stations. All of those places are going to see a big influx of visitors. And so that has a really strong economic impact on our community over a very short period of time," she said.

Some local businesses heard the news of the solar eclipse years ago, and decided to plan big-scale events. That includes Andrew Sharp, co-founder of Logboat Brewing in Columbia.

"I think there is a lot of excitement building," he said.

The brewery is hosting 'Sip with the Eclipse,' a three-day event with music and a new signature black ale.

"We have a pretty big party planned, with some of our favorite bands and new release of a black ale. So, we are expecting, I think right now, we have over one thousand people interested in the event on our Facebook page. We have high hopes," Sharp said.

Serenity Valley Winery in Fulton started prepping for the eclipse as soon as it heard of the event more than a year ago, according to its co-owner Regina Ruppert.

"I had calls from Minnesota, from Chicago, Wisconsin, quite a few different locations," she said.

Paul Huesgen, bar manager at Flat Branch Pub and Grill, said the restaurant plans to make the eclipse an extension of another event in July.

"We will kinda take a continuation of what we are doing for the Fourth of July. Right across the street, is where they shoot off the fire works. So, we got the best seat in the house. So, we figured it's going to be the same for the eclipse. We will probably fence off the parking lot. I think our brewers have some specialty beers in the works, and our chefs are working on some sort off features for that day," he said.

Lakota Coffee Co. manager Andrew DuCharme said he is already thinking about what the shop is going to do.

"I think it will be huge. We are going to have a huge influx of people in town. People are going to need to be eating going to be drinking," he said. "We do have some plans. I haven't decided yet what we are going to do. But we will definitely be doing something for sure."

McConachie said local businesses, especially those downtown, should be prepared.

"All those local businesses are going to be making sure they have additional staff on hand. We have a lot of hotels that are seeing lots of reservations for Sunday and Monday night in August. It's pretty unique. And so we are already seeing some of those benefits of this eclipse tourism as we are getting closer," she said.

As if the heavy flow of tourists isn't enough, that week will be the start of a new year for many schools.

"The universities, both at Mizzou and William Woods and Westminster, are staring back to school that Monday. So, that influx of people, plus those who are coming specifically from out of state or even throughout Missouri for the event is going to be impressive I think," Ruppert said.

CVB is using its crowd estimates as it plans several eclipse-related events. But, McConachie said the predicted number might change if Columbia doesn't have a good weather forecast for that day.

The bureau has been preparing for the eclipse for more than a year, with events planned for Bear Creek Trial and Cosmo Park.

"Starting on Sunday, there is a 5-K, there is a bike ride, a music festival. So, we want to make sure we are getting people out to the park on Sunday, and then on Monday of course," McConachie said. "And for our eclipse enthusiasts, we are directing them down the Gans Creek Recreation Area, where there will be fewer services but also fewer people and it's a little bit closer to the ideal line of totality."

See complete Show Me Eclipse coverage all summer at komu.com/eclipse and every Wednesday on KOMU 8 News at Six.